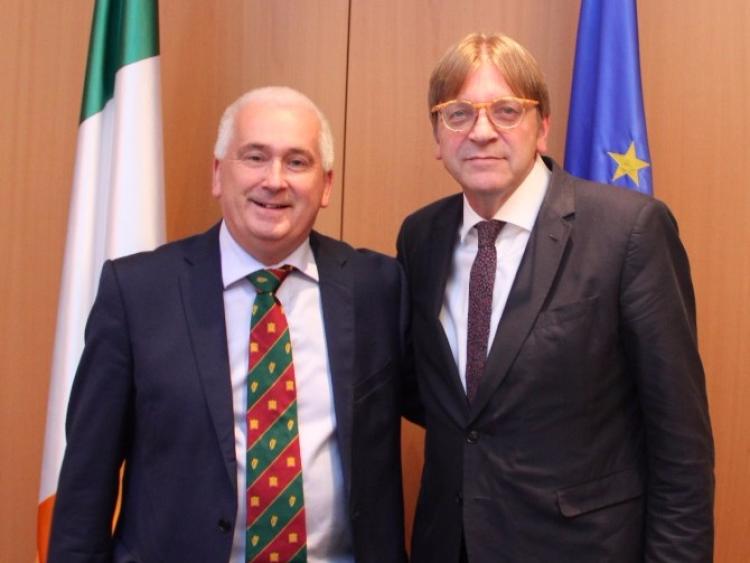 Louth Fianna Fáil TD Declan Breathnach has cast doubt on the UK leaving the EU, in a speech in the Dáil during Statements on Brexit.

He believes that there is now an emerging probability that Brexit will not take place at all.

“When Theresa May gave a historic speech in Florence when she informed the assembled media that the UK will stay in the Single Market and the Customs’ Union until the middle of 2021, she knew exactly what she was doing”, he says.

“She picked that date because it coincides with the mandatory British General Election that must take place no later than mid 2021.

“What she did in Florence is guarantee the British electorate will be at a ballot box before any changes will happen to the UK’s working relationship within the EU.  This is a seismic change in the political landscape.”

“That more or less ties the hands of the EU and puts a stay on Article 50, which would have seen the UK leaving the EU in 2019, even if no agreements were in place - the so called “cliff edge Brexit”.

“If May has changed the whole ball game we in Ireland have to change our approach and strategy too,” said Deputy Breathnach.

“For some inexplicable reason we Irish politicians don’t feel comfortable saying anything like, “You know what, Brexit isn’t going to happen.”

“There is some misplaced political decorum that makes us feel we can’t be seen to interfere in British Politics. It is absurd that we persist with such a stance.”

“As I have said before, by voting to leave the EU the British shot themselves in the foot and our feet also.

“Their vote could wreck all the good that has been achieved by our fragile peace process. But we timidly stand by and engage in niceties with our British counterparts.

“This was always inevitable and should have been her position a year ago.  It is at last a solid affirmation that leaving the EU will not be the walk in the park that the Leave Campaign dishonestly peddled.”

“Guy Verhofstadt was very taken and sympathetic with the problems that the people on the ground are facing during his visit to the North last week.

“I think it is high time that Theresa May come and walk the border in Northern Ireland where she would see the disaster that Brexit will cause for communities both North and South.

“If she visited the border region and heard what’s going on she would reverse Brexit,” concluded Deputy Breathnach.