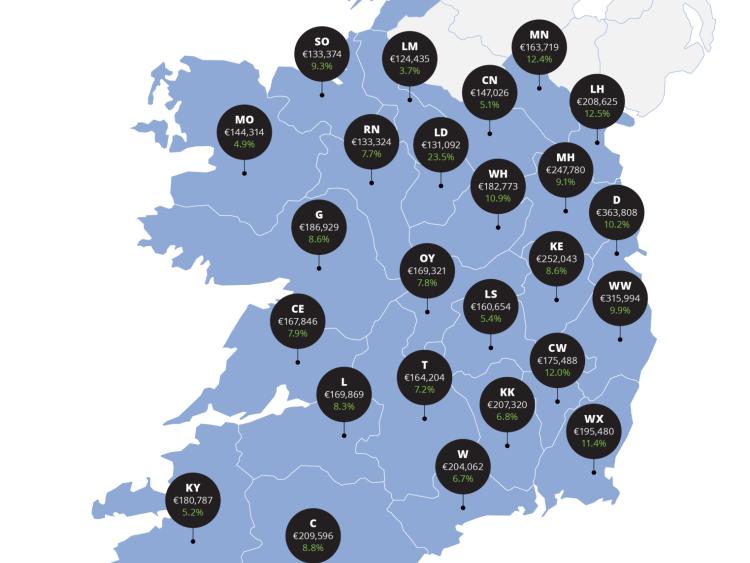 House prices rise 13% in Louth according to the Daft.ie House Price Report Q3 2017

House prices in Louth in the third quarter of 2017 were 13% higher than a year previously, according to the latest Daft.ie House Price Report that has just been released.

Nationally, house prices over the last year have risen by more than €50 on average every day.

Commenting on the figures, Ronan Lyons, economist at Trinity College Dublin and author of the Daft.ie Report, said:

“The relaxation of the Central Bank rules on the minimum deposit would be expected to bring about a one-off jump in house prices, particularly in Dublin.

“This appears to have happened in the first half of the year, when prices in the capital rose by 10% in just six months.

“Since June, though, prices have largely been stable, suggesting the change in rules has run its course.

"Nonetheless, with a shortage in supply, largely due to the lack of new homes being built, there is little to suggest that house prices will fall in the months and years ahead.”

Martin Clancy from Daft.ie said: “Every minute over 1,000 property searches are being carried out on our website and apps, which gives an indication of the strong demand that is in the market at present.”