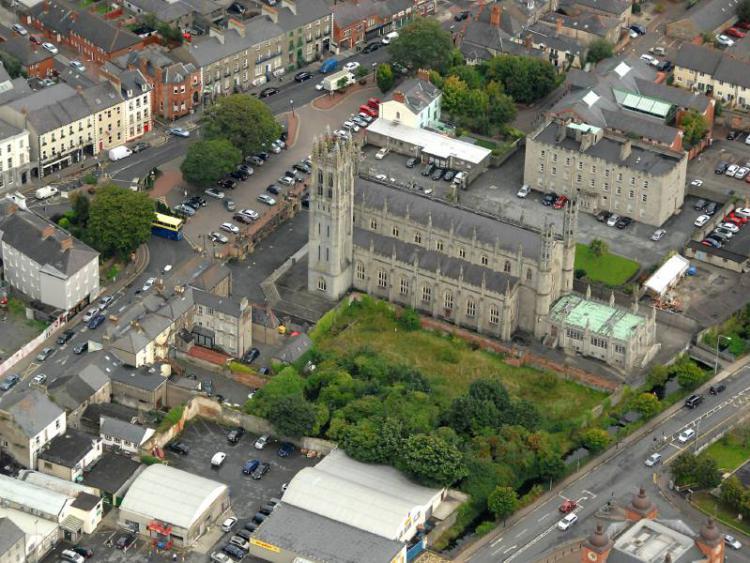 Dundalk has always been a town of strategic importance. As a gateway to the north, the area is the setting for the classic tale of Irish mythology: The Cattle Raid of Cooley.

Many of the extraordinary feats of Cu Chullain took place in local river crossings. And later in its history, the town was fortified by the Normans as the most northerly outpost of the Pale, a bulwark against the then-rampaging northern chieftains.

But, this high-tech industry stands in contrast to the spectacular backdrop of the wildly scenic Cooley Mountains.

So Dundalk is ideal if you want a job in a first rate multi-national right next to the mountains and the sea and with highly affordable and appealing property to boot, says Alan.

And Dundalk has had its fair share of celebs too. Famous natives include The Corrs, actor and comedian Deirdre O'Kane, rugby stars Dave and Rob Kearney and John Moore, director of several Hollywood films including Max Payne and Behind Enemy Lines*.

The average asking price for a home in Dundalk is €187,000, a rise of 1.4 percent on the previous quarter according to figures released by the Real Estate Alliance.

Yet average prices never tell the whole story. And it should be stressed that you can pay a lot more – or a lot less – for a home in Dundalk. Alan recalls approving a mortgage for a property that cost just €16,000. But equally, you could pay nearly €600k for a five-bed in the sought-after Blackrock area.

"The most prestigious addresses are Marlmount, Red Barns Road, and Belfry...in fact anything on the Dublin Road side of town," Alan says.

Myhome.ie (accessed 2017) had 97 properties for sale in the Dundalk area, so there is plenty of choice – and yet again there are stark contrasts in price. The cheapest home was a three-bed terraced home in need of renovation and priced at €70,000. And there are 13 other two-and three-bed terraced homes in the town for less than €100,000 (sometimes a lot less).

A three-bed semi-D won't cost that much more. And for less than the price of an average home in South Dublin, you could get a pretty spectacular mansion here. A 3,300 square-foot Georgian mansion on 1.5 acres – and in nice condition - at Inniskeen, for example, was priced at just €375,000 on MyHome.ie.

Home by the sea in Dundalk

And to the east, looking out on Dundalk Bay, there is always the seaside. "A lot of people would like to live by the sea. There's a beach with a lovely promenade at Blackrock," Alan notes.

According to Alan, prices go as high as €575k for a four-bed detached home on Rock Road. But there was another four-bed detached at nearby Beech Park for half that price, and you could also get a three-bed overlooking the sea for €150k, albeit one in need of a little refurbishment.

Dundalk is a First Time Buyer's paradise with plenty of homes priced under €100k.

"If you want a bargain check out Bay Estate, Avenue Road, Loughantarve, Knockbridge, and Knockshee on the old Golf Links Road," says Alan.

Practically equidistant from Dublin and Belfast - about an hour's drive from each – Dundalk is a commuter town for both cities. The train takes about the same time but can be "chock-a-block", warns Alan. The areas he recommends as best for commuting include: Carrick, Loughantarve, The Loakers, Carlinn Hall and Lis na Dara.

There are plenty of schools in the Dundalk area. There are 17 primary schools including Gaelscoil Dhún Dealgan if you prefer your kids to speak the native tongue of local hero Cu Chulainn.