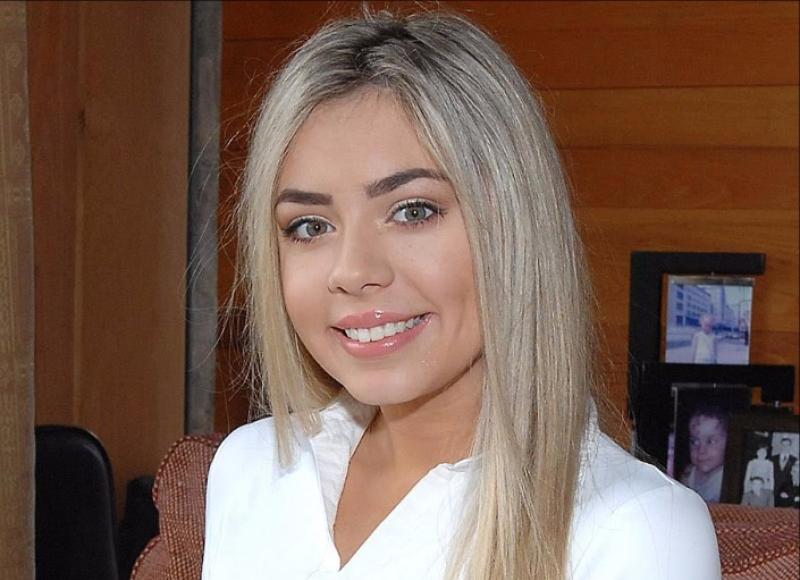 Firstly, Emma revealed her delight at representing Louth in the Miss Ireland competition.

“I'm so excited. It's amazing. Some girls are nervous but I'm definitely not. I'm so excited. I just can't wait.”
We asked Emma who or what inspired her to enter the competition.

“It was actually, she's be kind of my mentor now – a woman called Niamh McKeever”, Emma says.

“She got in touch with me and told me about the competition and asked if I was interested and I said definitely, I would love to get involved.

“So it just went from there. I met her and hot my dresses that I had to model for the night and then I met her again for rehearsals and we met at the cinema. All the Miss Louth girls met at the cinema to get to know each other before the competition. Then we had the final.”

How did you get on with the other contestants?

“They were so lovely, I wouldn't say a bad word about any of them. There was between 10 and 15 of us and they were absolutely lovely girls.

Have you modelled previously?

“Very little. A year ago I did some work for a shop in Carlingford where I was walking up and down for their show. That was it really, this is all brand new. I had some tips on how to walk on the catwalk, the night of the show.”

What do you hope to achieve by representing Louth in Miss Ireland?

“I know winning the Miss Ireland title would mean there would be a lot of opportunities but for me it definitely would mostly be charity work.

“At the cinema(before the competition), the head of Women's Aid came in. All the money we were raising the night of the show was going to Women's Aid.

“It's an amazing charity and I'd love to get involved with them. And definitely, if I won Miss Ireland, my work would continue with them in Dundalk. I have a meeting actually with the head of Women's Aid next week, to talk about what I can do for them.”

“The saying for Miss Ireland is 'Beauty with a Purpose', so you have to really use what you were given to help others. I'd love to help them as well as a lot of other charities.”

Winning Miss Louth has come at a very eventful part of Emma's life as she had just finished secondary school and is about to start third level education.

“Yeah, I'm after finishing school there so I'm going off to Maynooth now on Monday. I'm studying Law and Criminology so that will be fun. It's a brand new course.”

Emma says she has always wanted to study law.

“I started with law, then I changed the odd time and be like 'Psychology maybe', but Law has always been the one. I love English, history and stuff like that, I've never really been a maths head so definitely law”

“I'm literally starting on Monday, so I'm moving on Sunday. I've got accommodation down there.

“It's mad because Miss Ireland is on this month. Its in September, the 22nd I think.”

“I start on Monday and the rehersals for Miss Ireland are this Tuesday. So I'll be missing my second day of school already!”

“I have been yeah, with the Leaving Cert I was really head down and I was thinking of nothing else, I wasn't in with the orchestra, I wasn't doing much. But definitely in the future, yeah”

How do the family feel?

“Oh they're delighted. My dad actually cracked his nose from wearing the tiara on him! So he has a big black nose now and he's embarrassed to tell anyone, he's just saying that he fell!”

Emma added, “I have two wee sisters, they were jealous at first but they were secretly proud of me. They're happy for me now though”

As no doubt is everyone else in Louth.

The Miss Ireland 2017 Grand Final takes place on Friday 22 September in the Crowne Plaza Dublin Airport. Everyone at the Dundalk Democrat would like to wish Emma the best of luck at the final.