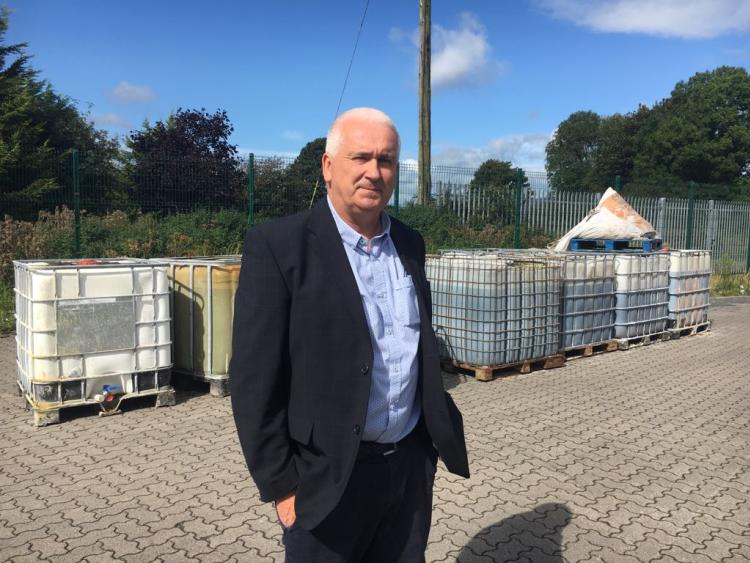 Louth Fianna Fail TD, Declan Breathnach has given his reaction today, to the massive dump of diesel sludge in Carrickarnon, currently being dealt with by Louth County Council.

He has shared his views on the matter with the Dundalk Democrat.

'I have been saying for some time now, that it was only a matter of time before the gangsters found a way around the the new marker dye, introduced by the Irish and UK governments in April 2015 when it was described as a “game-changer” in the crackdown on illegal fuel smuggling.

'Officers were able to pinpoint that the fuel seized derived from rebated fuels commonly referred to as red diesel or green diesel.

'This new marker was supposed to be tamper proof.

'However, the discovery this morning of 11 cubes of diesel sludge near the border at Carrickbannon, containing 11,000 litres of waste material would suggest that a method has been found to remove the marker dye.

'Altogether this year alone, 66 cubes of waste have been discovered.

'In addition to the huge revenue loss caused by the sale of illegal fuel product, the waste generated and abandoned by diesel launderers costs a huge amount to dispose of without endangering human health or causing harm to the environment.

'These costs are ultimately borne by taxpayers.

'The gangsters coming from Northern Ireland engaging in this illegal activity are often by-passing fuel stations and supplying direct from bulk tankers to customers in the South.

'So in addition to the problem of dumped waste which contains carcinogenic petrochemical compounds, the smuggling is boosting the coffers of these criminals.'