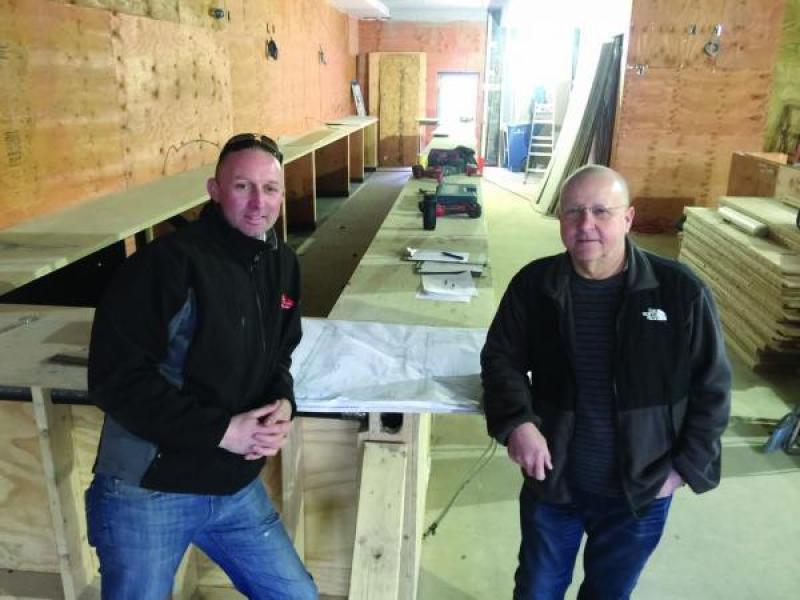 David Arrowsmith from Dundalk is making a name for himself Stateside, with the opening of his new restaurant in Boston, Massachusetts.

Arrowsmith has just opened The Industry, in Dorchester, Boston with his business partner, Martin Davis.

The Industry is a 151-seat restaurant serving up American comfort food and a large variety of wines and whiskeys.

It is seen in the area as being a game changer, in terms of offering a satisfying range of high-end and mid-range entrées and appetisers.

The Industry is the first restaurant-bar project for David and Martin, and it features 16 tap beers, including of course a Guinness tap. The bar also features the area's largest varieties of whiskeys, with more than 50 different varieties on sale.

The restaurant is already drawing a loyal crowd according to reports, from the local neighbourhood and beyond.

Talking to Boston publication the Dorchester Reporter, David had this to say about the new restaurant:

“What we hear people saying mostly is that they’re happy to have something that’s different than everything else,” said Arrowsmith. “You can get a downtown steak in Dorchester. Or you can get a flatbread. Stephen’s(head chef, Stephen Coe) menu has something for all tastes.”

David is also the owner of Capital Construction Contracting Inc., which he founded in 2005.

If you're in Boston, why not pay The Industry a visit? Visit their website for more details here