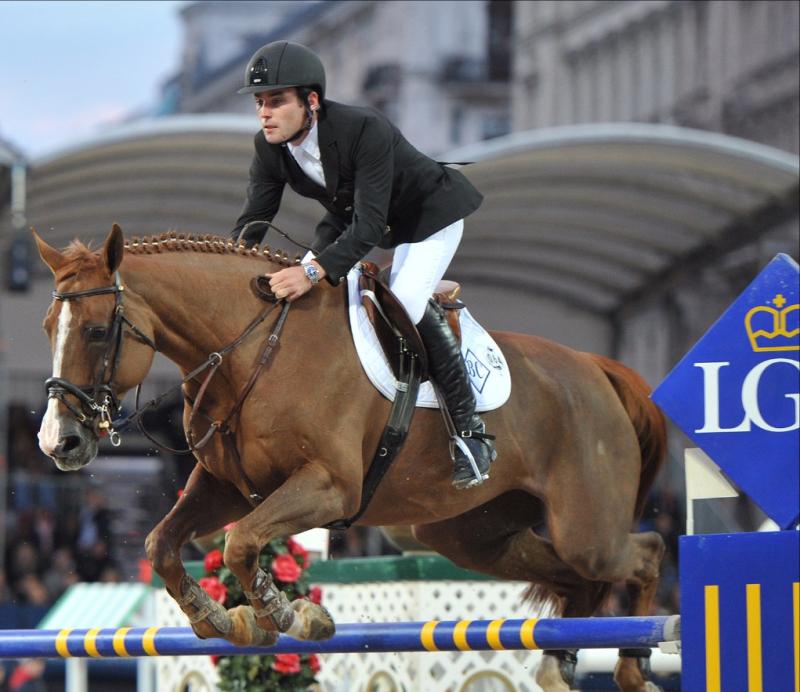 Great news for Louth man Mark McAuley, who has been named on the Irish Aga Khan show jumping squad, ahead of next week’s Dublin Horse Show.

The squad which has just been revealed, will compete for the famous Aga Khan trophy at the RDS in Ballsbridge next Friday August 11th.

Mark, who is from Ardee, rides 13-year-old grey gelding Miebello, a horse owned by Eva Lundin in the competition.

Ireland has won the Aga Khan trophy 23 times since it was first awarded in 1926, with their last victory coming in 2015.

30 year old Mark, who has been show jumping for years, followed his parents into the sport. His parents, John and Sarah were show jumpers at an international level also.

According to his biography on www.globalchampionstour.com, Mark's first taste of show jumping success came in 2004 in the Junior European Championships, where he represented Ireland.