DUNDALK TRIVIA: On which buildings are these dates displayed 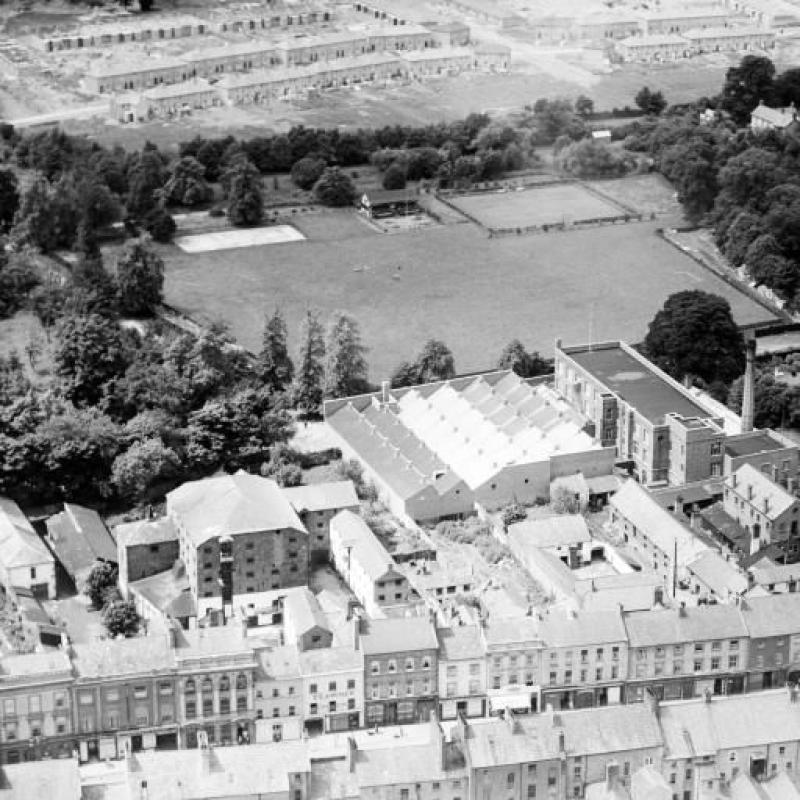 1903
This is the date on the west side of the Hamill Tower at the front of St. Patrick's at Roden Place.
It marks the completion of the Tower which was erected by his widow Julia in memory of a local merchant John Hamill who died in September, 1896.

While it is, perhaps, Dundalk's most iconic landmark, few people now realise that the Tower was not built at the same time as the Church itself which was completed in 1847 after nearly twelve years construction work.

Another little known fact about the Hamill Tower is that it was originally planned to be constructed at the east side, half-way down the main structure, but the ground at this point proved to be unfit to support it.

1877
This is the date carved into the side of the County Museum at Jocelyn, Street.

It has nothing to do with the establishment of the Museum but was placed on the stonework above what was once the main entrance into the P.J. Carroll bonded warehouse. This date was probably placed there when the Malcolm Brown Distillery company completed this fine stone building to house its whiskey stores prior to being released from bonding by Revenue officers.

1896
This is that date over the front of what once was the offices of the Great Northern Railway Brewery on the Carrick Road which later became the Harp Lager Brewery and is now the Teeling company's whiskey distillery. The adjacent Clark Station was also opened as a new passenger station on this date.

1773
One of the oldest dates displayed in Dundalk is on the front of the old Queen's Hotel Hotel building, facing into the Courthouse Square.

This date is now partially obscured by the iron girders supporting the building.

It was placed there mark the Arthur's Hotel, established in 1773.

Before this date it was known as Dransfield's Hotel and there was an even older Inn on the spot, shown on maps dating from the early eighteenth century.

2005
This is one of the most recently dated buildings in Town, marked at the side of the rear entrance to the Marshes Shopping Centre's main mall.

The date is on a red brick roundel facing into the main car parks, above ground floor level and is not easy to spot!