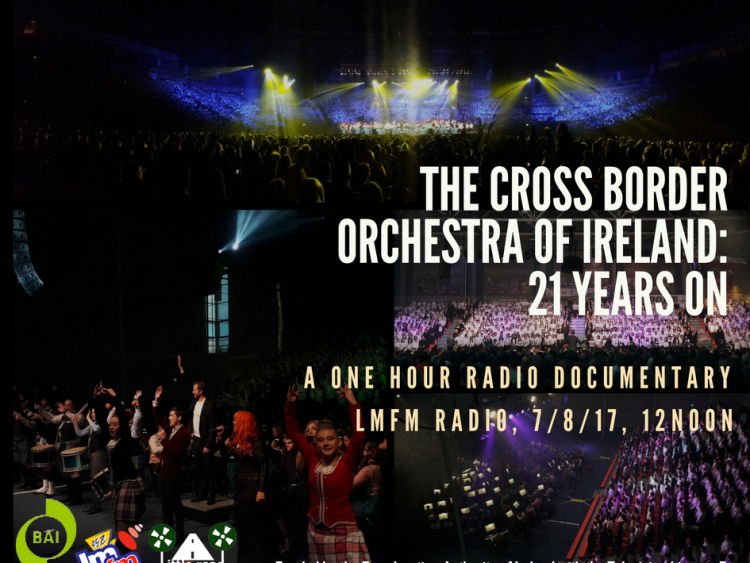 A new radio documentary on The Cross Border Orchestra of Ireland, who are based in Dundalk, is to be broadcast on LMFM

A new radio documentary on The Cross Border Orchestra of Ireland, who are based in Dundalk, is to be broadcast on LMFM on August bank holiday Monday, 7 August at 12 pm.

Funded by the Broadcasting Authority of Ireland with the Television Licence Fee, this one hour radio documentary charts the 21 year history of The Cross Border Orchestra Ireland, whilst following them through their Peace Proms 2017 concerts in Liverpool, Dublin, Belfast & Limerick.

Founded in 1995 as a peace initiative, the Orchestra has graced some of the most well-known stages across the world.

We also hear from members of the orchestra from North and South, including the Colmcille Pipe Band, Harris Piping, the Michelle Johnston School of Highland Dance and the Rooney O'Malley Maguire School of Irish Dancing.

The documentary highlights the important role the Orchestra has played not only in building and nurturing vital cross-border and cross-community relations, but in offering young Irish musicians the chance to perform on stage to audiences of thousands across the globe.

‘The Cross Border Orchestra of Ireland: 21 Years On’ has been produced by Sarah McCann of Little Road Productions Ltd. for LMFM Radio and funded by the Broadcasting Authority of Ireland with the Television License Fee.