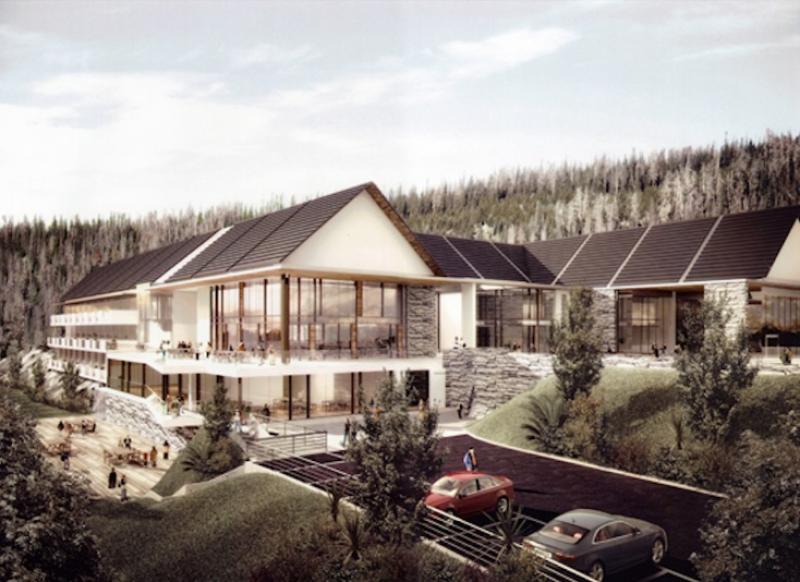 The Seven Hills Hotel and Spa would face Carlingford Lough

A new 4-star hotel and spa could be on the way for Carlingford Lough, if planning permission is granted for the development.

As reported by Armaghi.com yesterday, outline planning approval is being sought, for a new £14m (€15.6m) 4-star hotel and spa on the shores of Carlingford Lough.

The application was submitted to Newry, Mourne and Down District Council last week, in relation to a 35-acre site at Greenpark Road in Rostrevor, Co. Down.

According to Armaghi.com, the development is planned by a Mr Micael Tinnelly. The proposed hotel and spa would be aimed at the upper end of the tourism market.

The development, which is named the Seven Hills Hotel and Spa, would face Carlingford Lough from the foot of the Mourne Mountains.

As detailed in the submitted proposal, around 70 jobs would be created should the development get the go ahead.

Mr Tinnelly had previously applied in 2008 to build a 50-bedroom hotel and spa on the same site, this was approved in 2011. The current development doubles the size of the original plan.

The new application would see the hotel consist of 100 en-suite bedrooms, together with two function rooms, two lounge/bars, and a restaurant. The spa would include a pool, as well as a fitness suite and fully equipped gym.