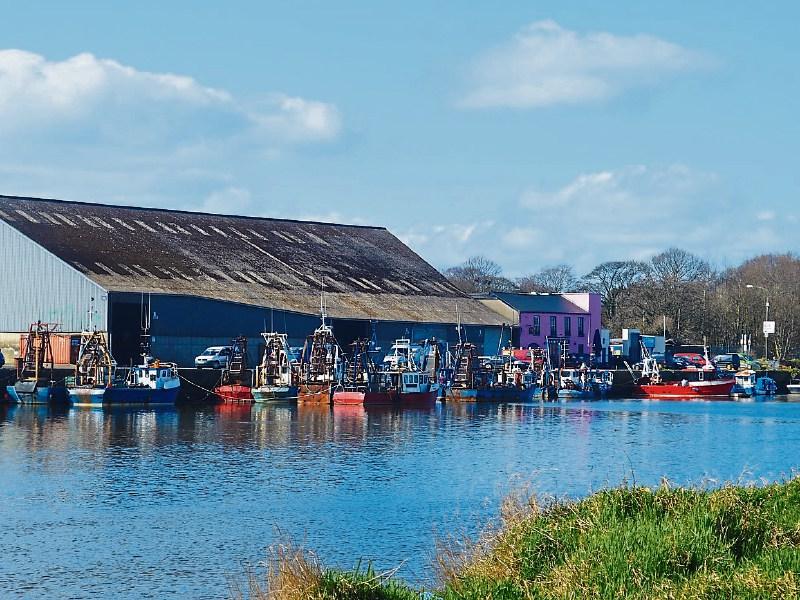 Looking through the Bureau of Military History files recently, in relation to another story, I came across a statement made by my old Editor, Frank Necy about his involvement in the Irish Volunteer movement 1913-21. The statement was made in November 1948 when he was Editor of the Dundalk Democrat and events must have been still fresh in his memory, whereas many of the other nearly 2,000 statements were not made until up to ten years later.

Much of the fairly short statement was familiar to me, as he had spoken to me about the events of the period after he had retired in 1966. There was one paragraph, however, which I cannot recall him mentioning to me. It related to events after he had returned to Dundalk after the abortive trip to Slane on Easter Sunday 1916. In it he mentions an attempt to get Volunteers who had returned to town to the Rising in Dublin by sea. In it he says ---

'The senior officer called together all (Volunteers) who were available on the Tuesday of Easter Week and it was arranged to get a motorboat and get as many men to Dublin as possible; petrol was bought, the boat secured and a midnight assignation for Wednesday made; only two turned up and the naval expedition abandoned. Following day British troops patrolled the quay front area.'

Frank was from a seafaring background himself and for that reason he was probably selected to go with the group but what they intended to do when they got to Dublin is not clear from the statement.

A statement made by another Volunteer who set out from the John Boyle O'Reilly Hall on Easter Sunday morning throws an entirely different light on the proposed boat trip. He was Peter Kieran of 14, Brook Street. He states ---

'On Tuesday (of Easter Week) I got in touch with Seamus Toal who was senior officer then of the Volunteers in Dundalk and we decided to hold a meeting at McGuills, The Bridge House, at 8 p.m. The meeting decided that the most practical plan of getting to Dublin under conditions existing was by motor boat. I was asked to interview James Norton who had the control of a motor boat and ask him to take us to Dublin. Norton was not a Volunteer at the time. We could, however, rely on him as he was a strong supporter of the Movement. The following men were asked to hold themselves in readiness and to meet at the Fairgreen on Thursday night at 8 p.m. : James Toal, John Finnegan, Thomas Callan, Joseph McGuill, Felix McQuillan, Arthur O'Neill, Thomas Kieran, Francis Neacy (note the different spelling of the surname), Patrick Duffy, Joseph Duffy, Patrick Quigley, Peter Kieran, John McGuill, Michael Donnelly, John Flynn.

On Thursday evening we got information that military had a patrol at the end of the Navvy Bank, controlling the River at the point the motor boat would pass going into Dundalk Bay for Dublin. We also heard that a gun boat was patrolling the coastline from Clogherhead to Greenore. This information convinced us that our plan of travelling to Dublin by motor boat was doomed to failure and the expedition was called off by James Toal'.

This statement was made by Peter Kieran in March 1951, two and half years later than the one by Frank Necy, but he still must have had a clear recollection of what had happened. It all goes to show that things were very confused in Dundalk in the week after the Rising, as the two statements seem to contradict each other in relation to the day on which the boat trip was supposed to take place and it also seems that Frank and one other Volunteer, were not informed that it had been called off. The names of the Volunteers given in Kieran's statement are also interesting because some of them do not appear in the list of Irish Volunteers who were reported as having left Dundalk to take part in The Rising on that Easter Sunday. For instance there is no mention of Patrick Duffy whom I believe was a young reporter with the Dundalk Examiner. He later wrote a book about the history of Dundalk but does not write a lot in it about the Rising.

Incidentally, I believe that Peter Kieran was the same man whom I mentioned as living and working as a tailor in Alma House, Clanbrassil Street in later years. I remember him because he was a founder member of the Dundalk Chess Club in the early 1960s and his sons were also keen chess players.

I wonder if Social Media communications had been available to the rebels in 1916, would the history of our country been a lot different?