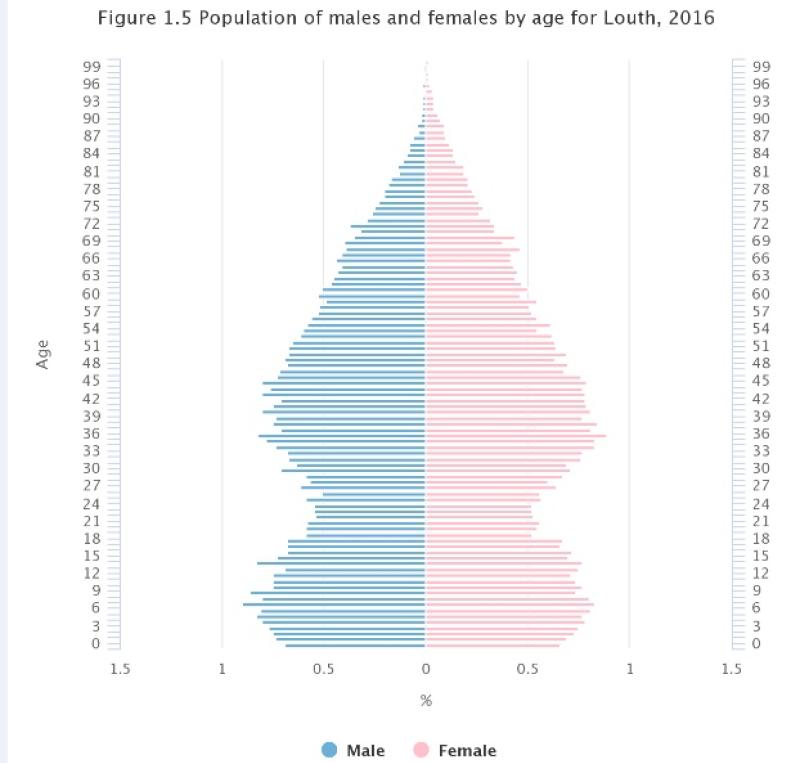 The third report on Census 2016 has been released today and it looks at the age profile of the country. It provides some interesting information on the Louth age profile.

Those living in urban areas were on average 1.3 years younger than those in rural areas.

When looking at the different age groups, Louth, in common with the State overall, recorded declines in both the pre-school and young adults age groups, with the county’s percentage decline in both being higher than that seen at the national level.

Groups that saw increases include the secondary school age group, which rose 16.7% since 2011 – this is over double the State increase of 7.7%.

Age dependency is a measure of the extent to which the young (aged 0-14) and older (age 65 and over) populations are dependent on the population of working age people, defined as those aged 15 to 64 years.

The dependency rate in Louth was 55.0%, i.e. the number of young and older people together, were equal to 55.0% of the total number of working age people, compared to the national rate of 52.7%.