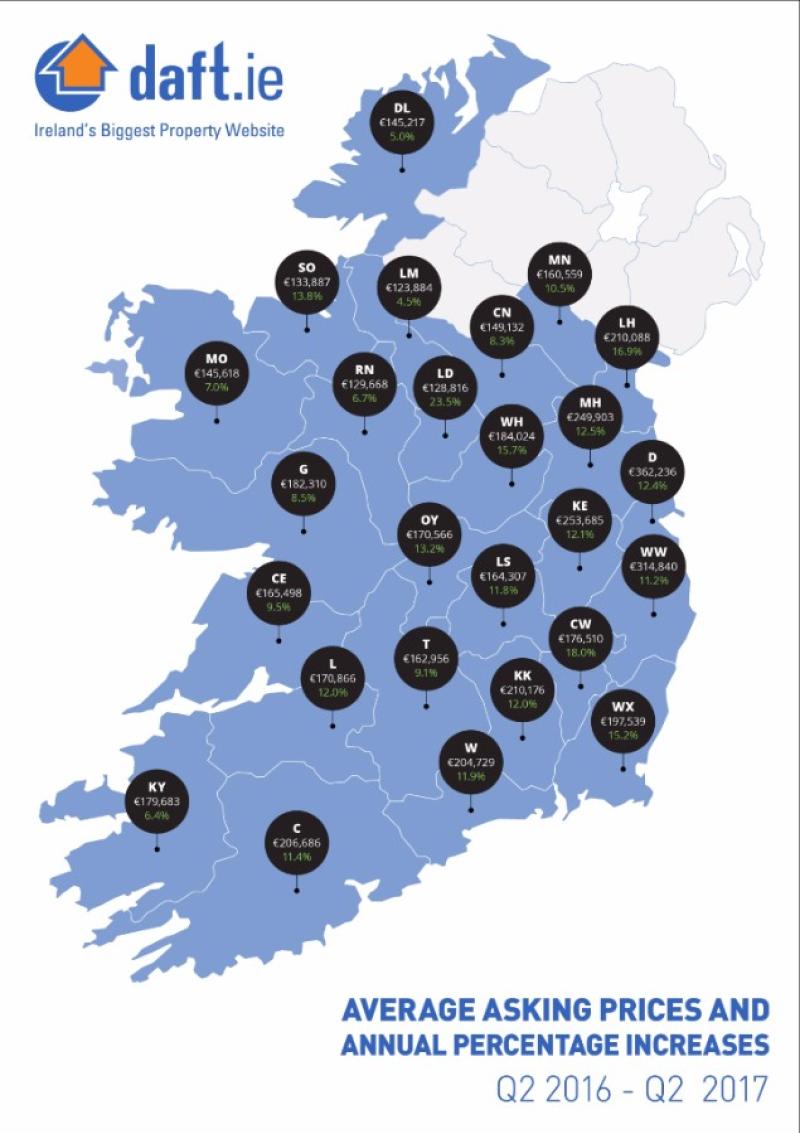 The Daft.ie house price report which has just been released, shows that the average house price in Louth has risen 16.9% in the past 12 months.

The average price for a house in Louth now stands at €210,088. This represents a 64.7% increase from their lowest price during the property crash.

Broken down, the figures for Louth are as follows; the average price for a one bedroom apartment in Louth is now €82,000, representing a 14.9% increase on 2016.

The increase of 16.9% in the average house price in Louth places the county as the one with the third highest annual increase in the country, with just Longford at 23.5% and Carlow at 18.0% showing a higher increase.