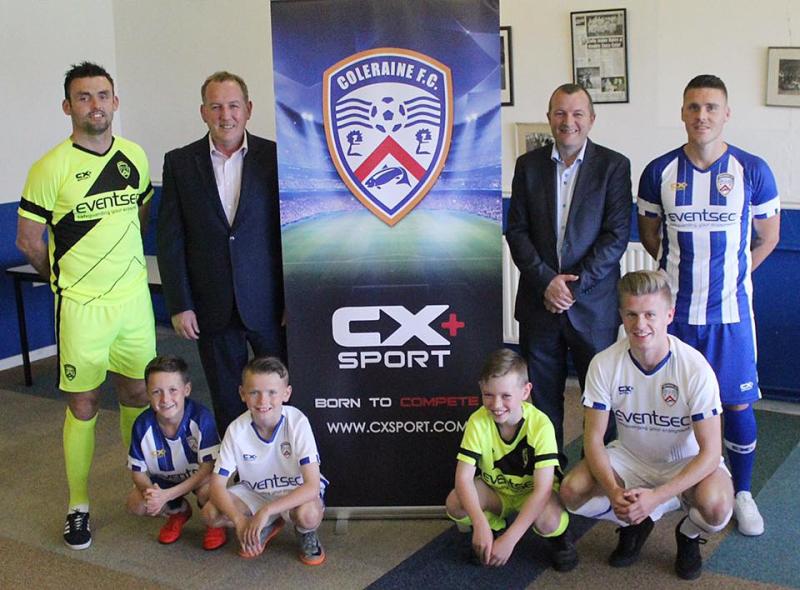 CX+Sport has been confirmed as the new kit supplier of Northern Ireland Danske Bank Premiership side, Coleraine FC.

The Bannsiders will become the first club north of the border to link-up with the Dundalk-based company who will supply each Coleraine FC side, from first-team through to the Academy, with playing kits, training apparel and equipment.

Established in 2015 by Horseware Ireland, CX+Sport is the current kit manufacturer of Dundalk FC, Dundalk RFC and Drogheda United, as well as a host of junior football, rugby, basketball and GAA clubs around the country.

CX+Sport's David Minto and Ciaran Herr were present at the launch of Coleraine FC's new 2017/2018 home, away and European shirts at The Showgrounds on Friday night.

As part of the deal, an online club shop will be developed which will allow supporters to purchase Coleraine FC kits and merchandise and have them delivered free of charge to the club shop for collection.

As well as the Coleraine FC launch, CX+Sport has also unveiled a new website - www.cxsport.com - which will allow users to purchase merchandise directly from the site.