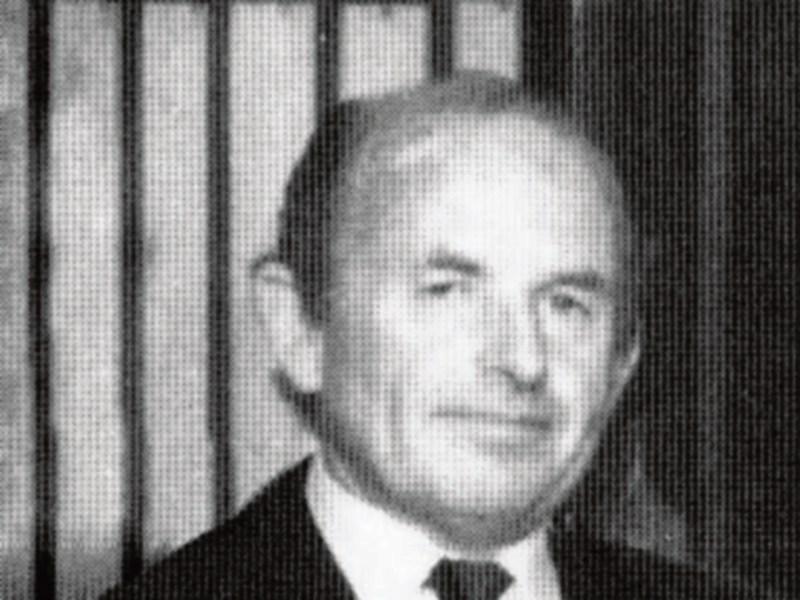 John Mel Sheils of 62 Woodley Park, Dundrum, Dublin, who passed away peacefully on May 1 last, was a leading amateur golfer of his era, and grew up in and spent a lot of his life in Blackrock.

It was in the village that he developed his lifelong love of golf and played off a scratch handicap for many of those years.

His greatest achievements included finishing runner-up in the East of Ireland championship in 1959, and he captured the Carberry Cup for the best aggregate nett score in the event in 1959. He displayed remarkable consistency in the championship, claiming a top 20 place six times between 1952 and 1965.

He was also a key member of the Dundalk team that won for the first time the prestigious Barton Cup inter-club foursomes competition in1961.

Altogether, his involvement in golf spanned 85 years; his interest growing from a very young age. He was a member of the County Louth, Lahinch, Athlone and Foxrock clubs, along with Dundalk. He was very honoured to be President of Foxrock in 1995.

John was the son of the late Patrick and Mary Sheils and was born in 1925 in Ennis, County Clare. When he was seven years old, the family moved to live on the Rock Road in Blackrock.

In 1942, John moved back to Ennis to work in his uncle’s Ford garage. While working in Ennis, he lost his heart to the love of his life, his late wife of 62 years, Abbie Reidy.

John returned to live at home in Blackrock, Co Louth in the fifties, and worked for Texaco Oil Company for the remainder of his working career. He and Abbie moved to Dundrum, Dublin, in the sixties, where they lived until Abbie died in December 2016.

Gardening was John’s second love, and he and Abbie, never let the neighbourhood down with their immaculate garden. With a reputation for telling stories, and never having a bad word to say about anyone, John will be sadly missed by his sister, Grace Vallely-Matthews, Fair Green, Dundalk; nieces and nephews, grand-nieces and nephews, long time neighbours and friends.

After reposing at his sister Grace’s home, his remains were taken to Saint Fursey’s Church, where the funeral mass was celebrated by Fr. Padraig Keenan.

John was then laid to rest with his wife and parents in Haggardstown Cemetery. The coffin bearers were nephews, Patrick and John Reidy and Mel and Pearse Vallely.

The symbols of his life were a golf club and balls, and a family photograph. They were presented by grand niece, Shona Higgins and her father, Damien Higgins. The readings were read by nieces, Orla Vallely and Mary Higgins.

Prayers of the faithful were read by his niece, Ann Marie Mahon, his grand nieces, Clodagh McElroy, Grace Higgins and Lorraine Higgins.

The Offertory Procession was led by his close friends, Trudy and Paddy McGuinness. A heartfelt eulogy was given by his niece Adrienne Vallely, and his grand niece Eleanor Vallely sang beautifully, “Amazing Grace “after Communion.