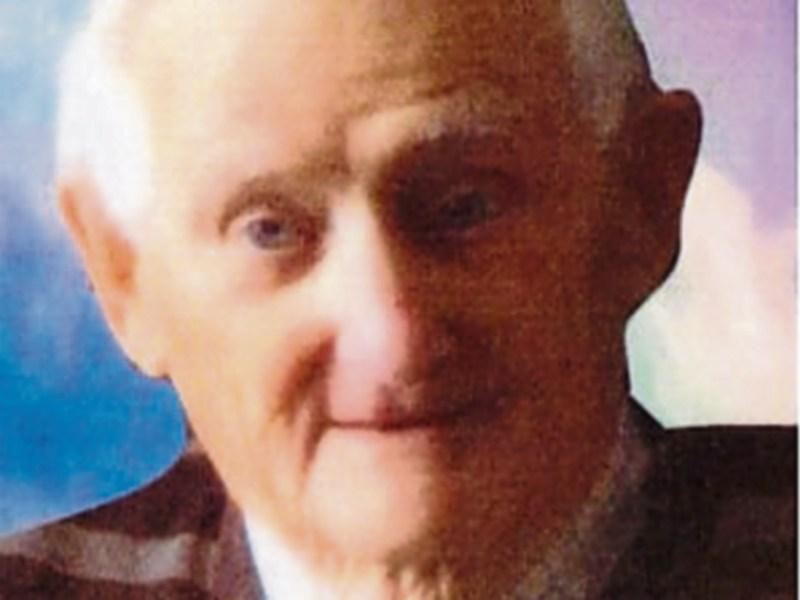 The death occurred of
Vincent Brackenbury, Ashbrook, Dundalk on May 1 last in Our Lady of Lourdes
hospital, aged 85.

Vincent was a fun-loving character who enjoyed many a craic with both young and old.

He also had a great love for his dogs and walked them every day.

He enjoyed a bit of gardening in the summer. In his early years, he enjoyed playing the violin and was a member of the Knights of Malta and the Scouts.

At the early age of 15, he followed in his father’s footsteps into the printing trade, working in W & S McGowans, Ramparts, Dundalk.

This is where he met his loving wife Edna, got married and moved to Dublin as Vincent took up work in the Irish Times newspaper.

Then he moved to Mount Salus Press, Irish Printer and finished as an overseer in the Irish Press until he retired.

During this time, Vincent and Edna had three beautiful children, Tony, Lorraine and Vincent, with whom he loved to go on holidays, especially to Blackpool in the summer.

He also made a few trips to his sister Elizabeth in Arizona, USA.

Vincent and Edna returned to Dundalk in 1994 and had a long and happy retirement together.

Family was the most important part of Vincent’s life and when the grandchildren came along he enjoyed their company when they visited from Dublin and Tramore.

He was pre deceased by his father, Frank and mother, Elizabeth, brother, Francis and twin brother, Thomas.

After reposing at his daughter Lorraine’s home in Broughton Street Dundalk, his remains were taken to the Redemptorist Church where Mass was celebrated by Father Eamon Kavanagh CSsR. Cremation followed in Lakelands Crematorium in Cavan, where a large crowd attended.

During the Mass his granddaughter Leanne took up a picture of Vincent with his dog and grandson Kailum took up his cap, symbols of his life.

The First Reading was given by daughter-in-law, Paula and Second Reading by daughter Lorraine.

Prayers of the Faithful were read by grandsons, Jamie and Cameron, nephew, Brian Callan and son, Vincent.

His granddaughter, Leanne, took up the Offertory Gifts. Grandson Cameron read a reflection in Irish he wrote for his granddad and translated it into English too, and son Vincent spoke a few lovely words about his father.

The beautiful music was provided by The Molloys.

The Month’s Mind Mass for Vincent is on Sunday June 4 at 12.30pm in the Redemptorist Church.