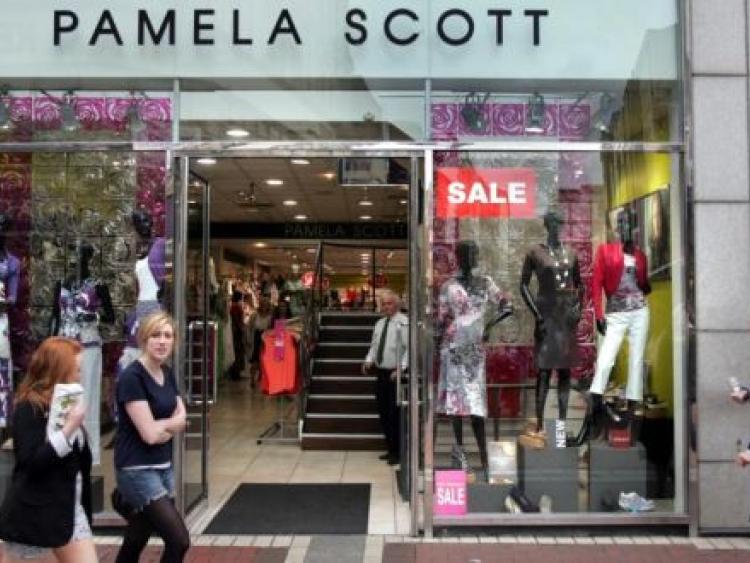 The renowned women's fashion brand can now be found on Earl Street in the building occupied by Tommy Hilfiger and adjacent to McKenna Man.

To mark the occasion, 20 will be listed off all full-priced items, with the offer to remain through until Sunday.

The last of the original Irish-owned fashion emporiums on Grafton Street, Pamela Scott continues to trade successfully against the multinationals year after year, by constantly modernising and adding new younger labels without ever alienating its traditional, loyal customer base.

Currently celebrating 40 years in business, the famous family-run store is the flagship of the esteemed Group, established in 1970.

Today Pamela Scott stocks leading labels such as Sophie B, Twist, , Olsen, Gerry Weber, Bianca and Betty Barclay, with dresses catering for Weddings, Debs, Confirmation a lengthy list of stunning eveningwear brands from all over the world. Flairline opened the original 3,500 sq ft Pamela Scott store on Grafton Street in 1976.

Founder Sean Barron is still the company's driving force and his four sons are active in the business.

John is Personnel and Stores Director, Richard is Head Buyer, Robert is Marketing and IT Director, and Scott is Director of Distribution and Logistics. All play a major role in the development of the company.

In 1987 fire completely destroyed the two-storey outlet. Undeterred, the Barrons re-opened for business 10 days later on a temporary site 10 doors up Grafton Street and in 1989 opened their bright and airy new 14,000 sq ft Pamela Scott store.

Since then, a further 23 Pamela Scott stores have opened:

Marketing Director Robert Barron says, "Having grown up alongside Pamela Scott, the store celebrating its 30th birthday is something that I am very proud of. Pamela Scott began by offering Irish women access to high-fashion looks at great prices. Thirty years on and we are still serving customers who have been with us from the beginning while attracting a whole new customer with a range of new contemporary brands."