Táin March to arrive in Dundalk this Saturday 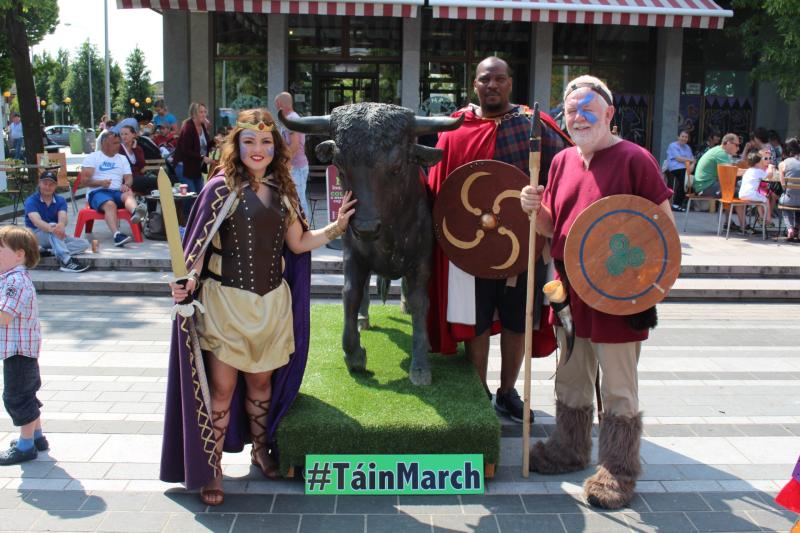 Táin March to arrive in Dundalk this Saturday

The Táin March is a fun, family event, held annually to celebrate the Táin Bo Cuailgne (The Cattle Raid of Cooley), Ireland’s most famous saga, and the warrior champions Cuchulainn and Ferdia.

The march, which began in Roscommon almost two weeks ago, descends into Ardee at approximately 1pm on Thursday.

There is a schedule of events to celebrate its arrival being held at Moorehall Lodge.

It will then leave Ardee on Friday June 2nd at 9am, travelling through Tallanstown and Louth Village before arriving in Knockbridge at 2:30pm.

It will then leave Knockbridge the next morning, Saturday June 3rd at 9am, travelling through Rathiddy and Castletown before arriving in Dundalk.

The march arrives at Oriel Park where participating kids will receive face painting and costumes at 12:30 before departing for Market Square, where a re-enactment will take place at approximately 2pm.

Later that evening sees the world premiere of The Warrior of the Táin at An Táin Arts Centre with the celebrations starting at 7pm with a wine reception followed by the main event at 8pm.

It will then leave Toberona in Dundalk on Sunday morning June 4th at 9am, travelling through Faughart, Kilnasaggart, Jonesborough and Ravensdale before arriving at the Lumpers pub in Ballymakellett at 4pm.

It will then complete its final leg on Bank Holiday Monday June 5th when it departs the Lumpers at 9am before travelling through Carnawaddy, Clermont Cairn and on to Omeath where it is expected to arrive at around 3pm.

The Bank of Ireland proudly sponsors this year’s event all funds raised going towards the Jack and Jill children’s foundation.