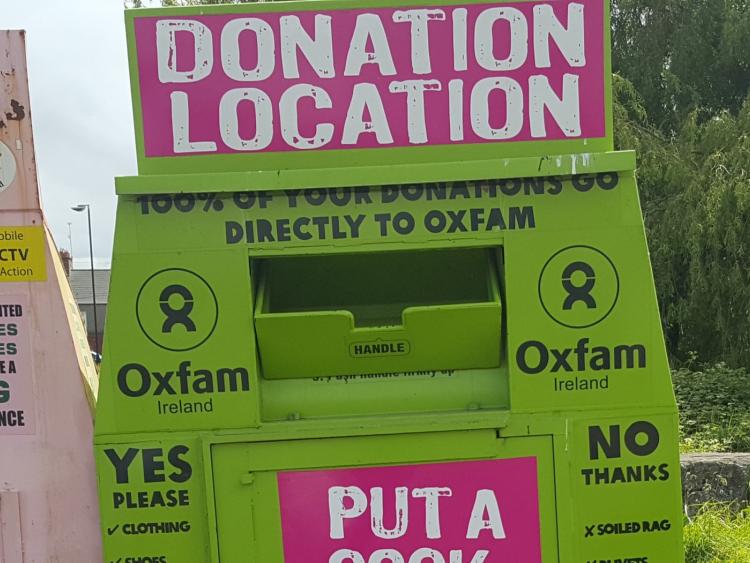 Between Tesco on the Dublin road and Aldi on the Avenue road in Dundalk, overflowing clothes banks have led to clothes, footwear and general rubbish being strewn in the general area. 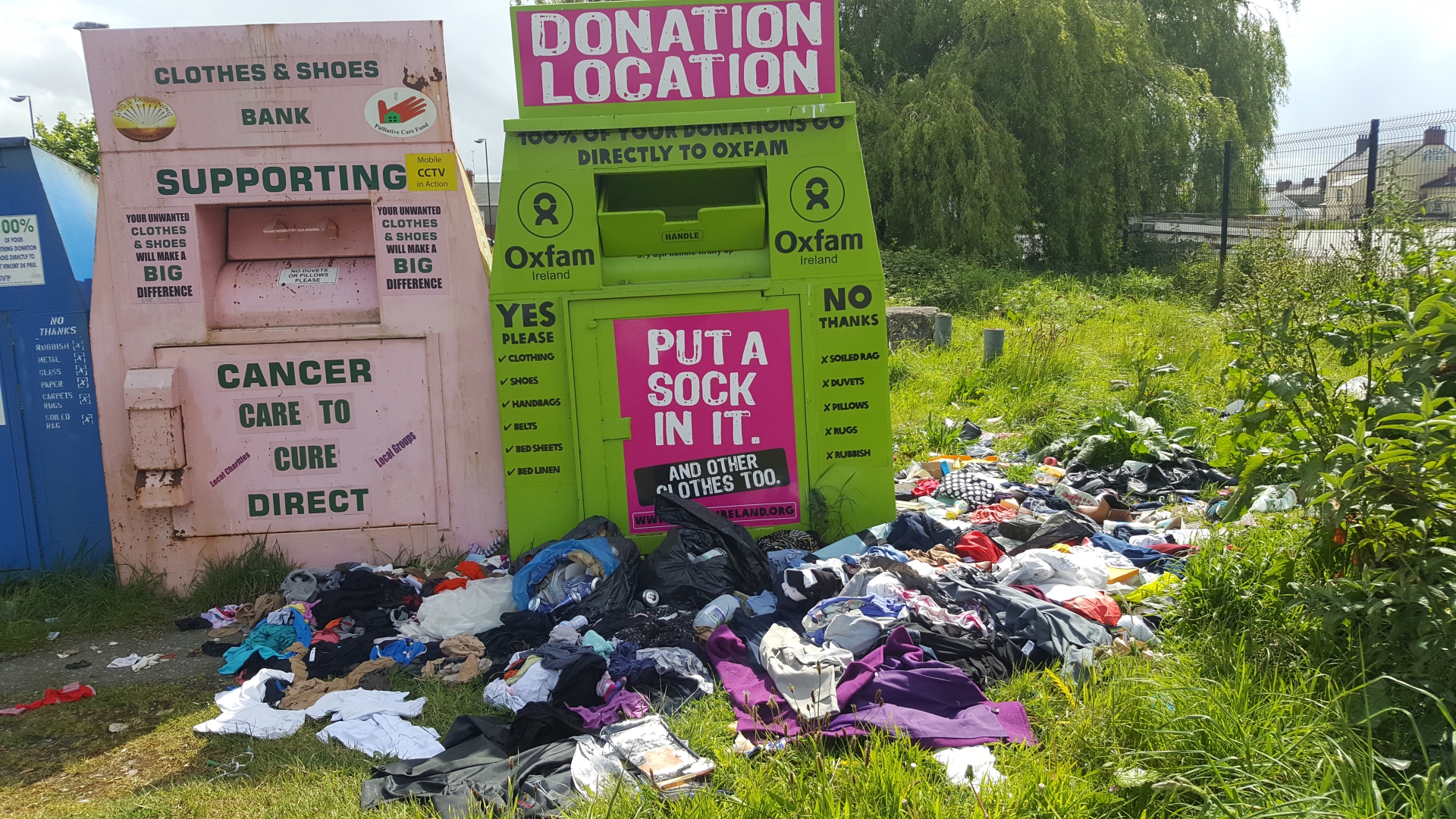 While these clothes banks are there for some very worthy causes, this has led to the creation of an eyesore that could attract vermin and disease. 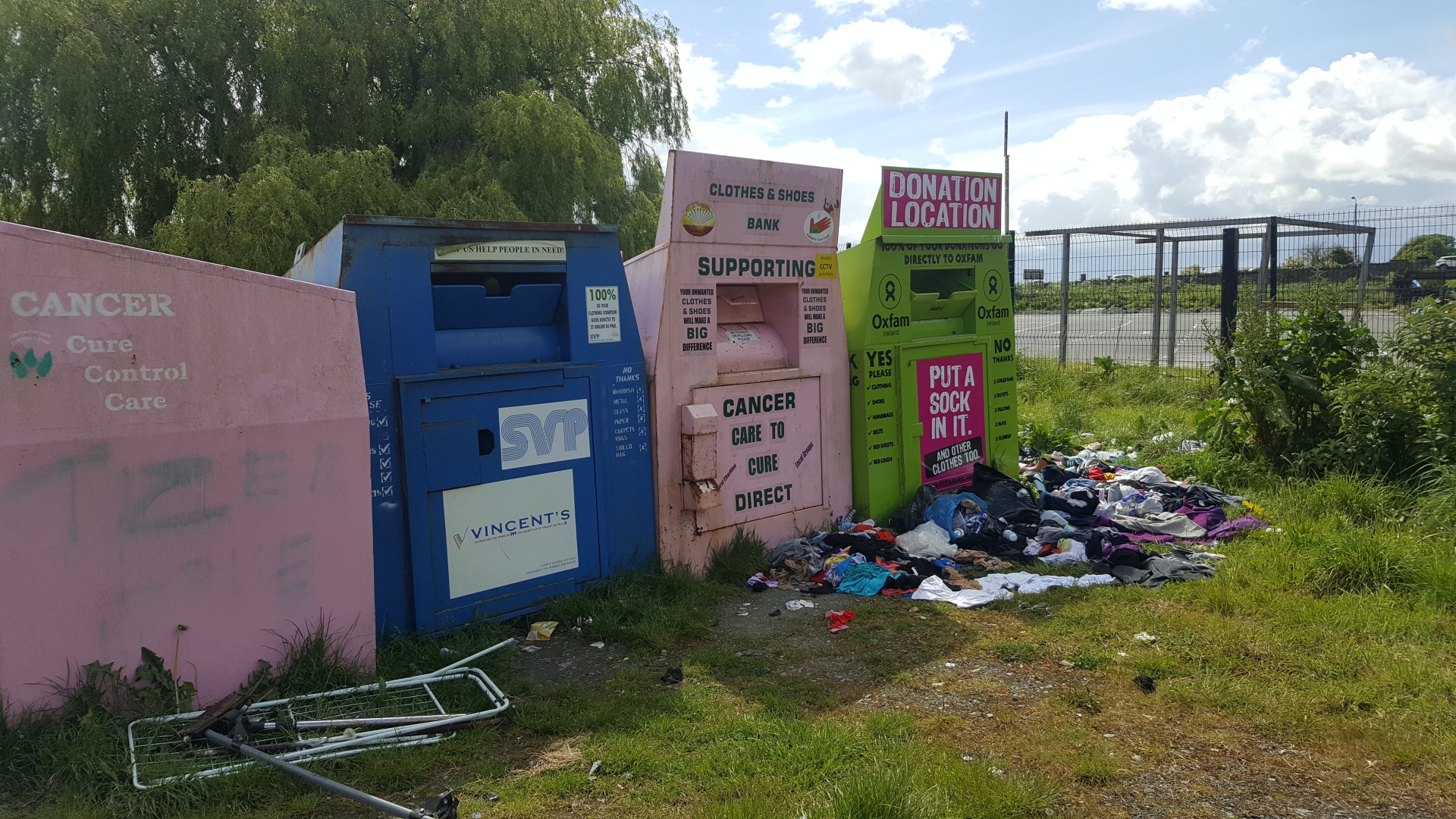 With graffiti sprayed on some of the banks, weeds growing around them and general rubbish mixed among the clothes on the ground, it makes for an unattractive sight. 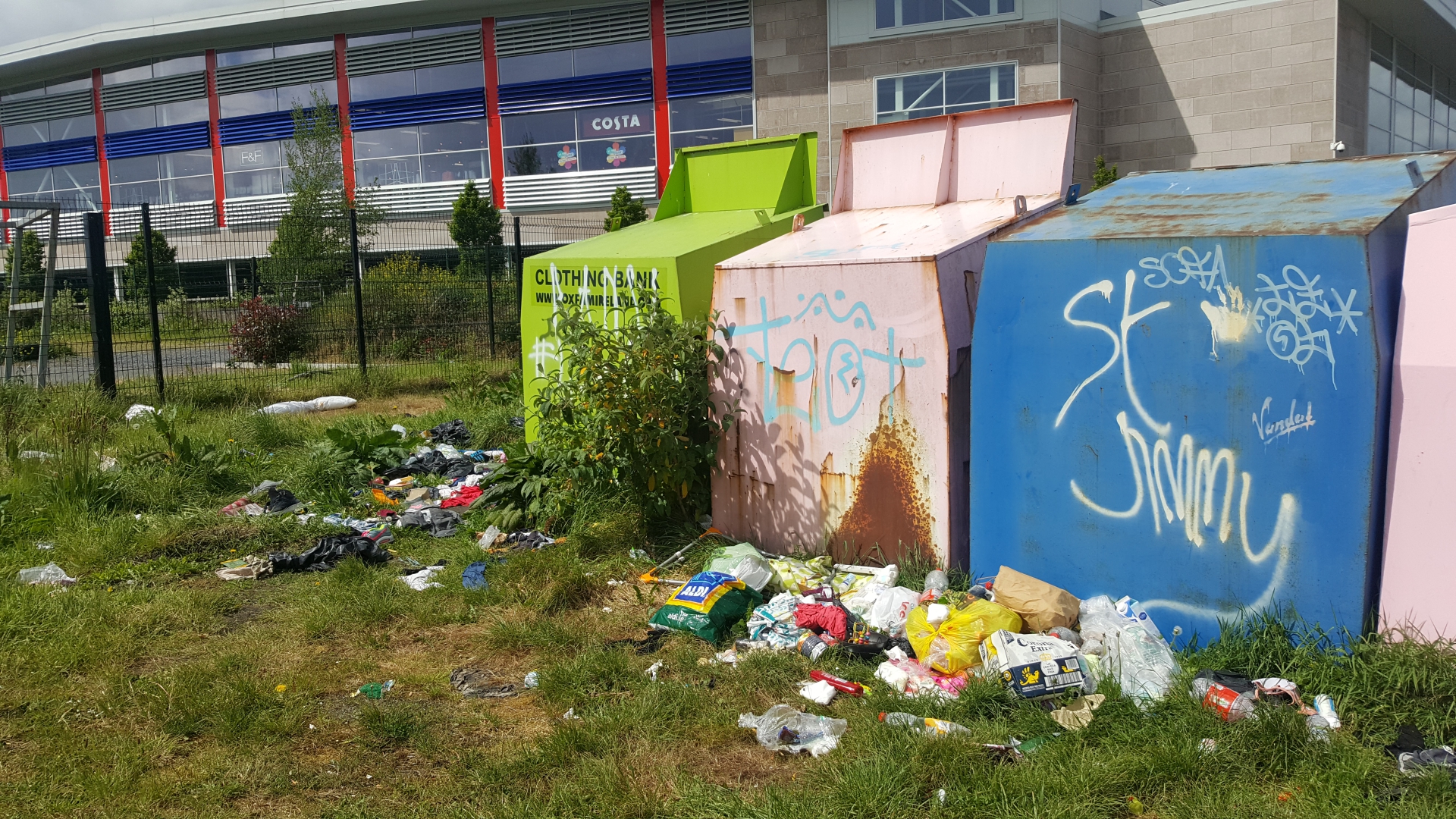 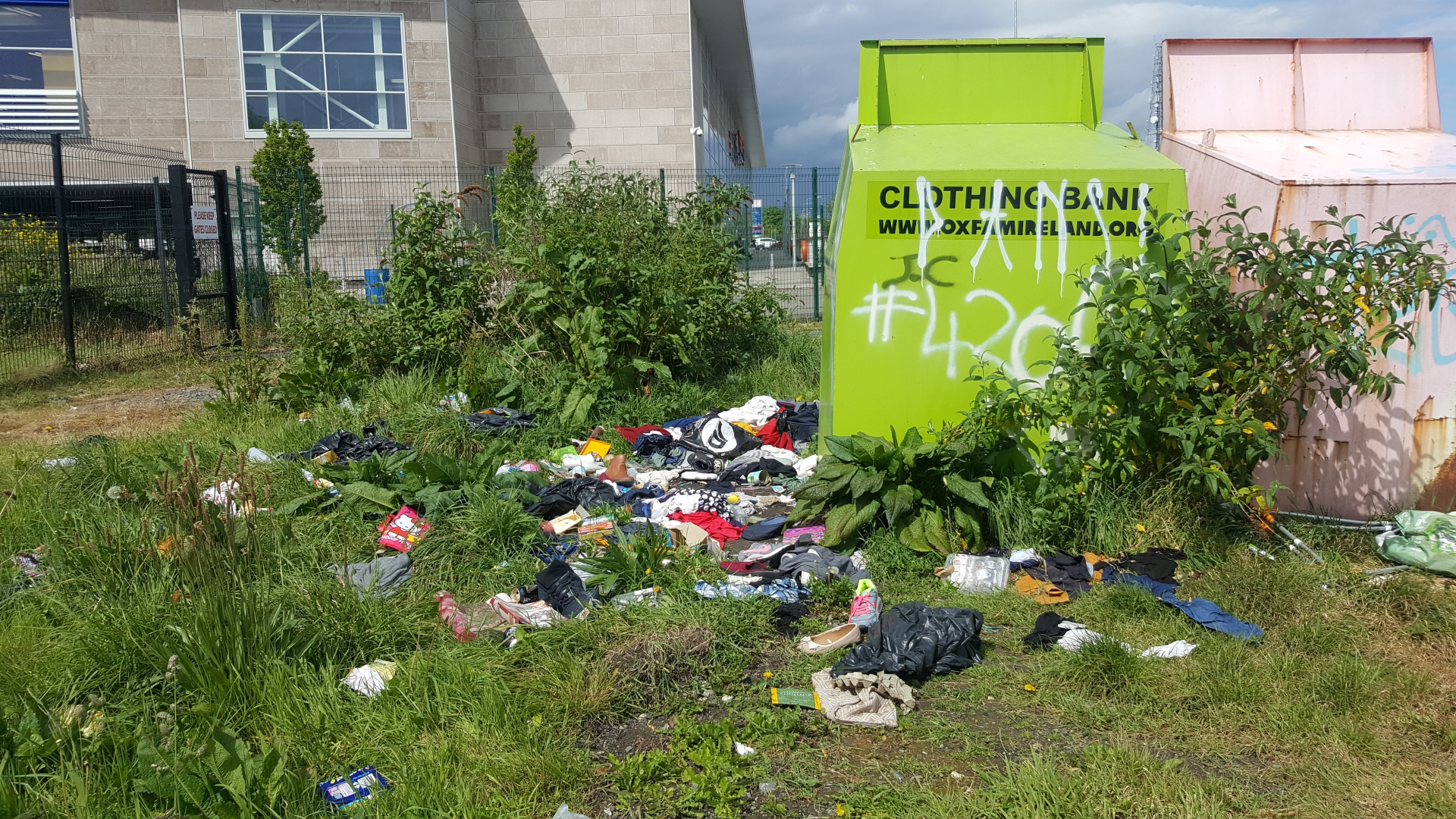