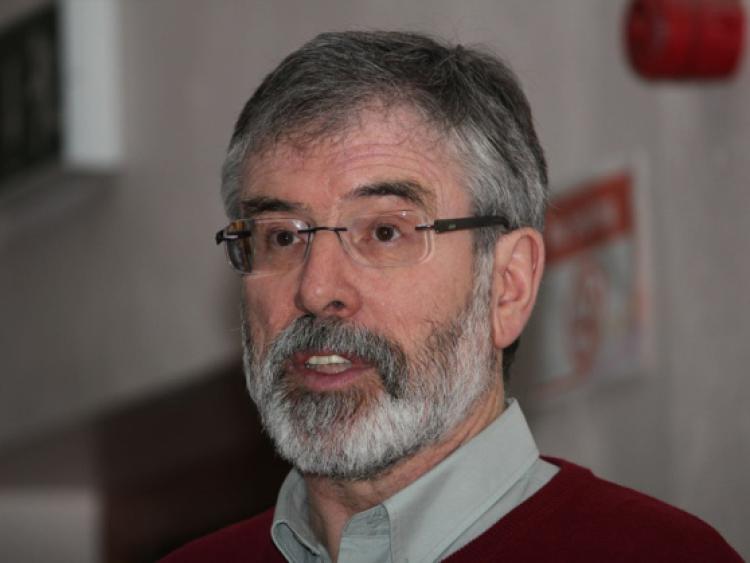 Sinn Féin Louth TD Gerry Adams has raised his concerns in the Dáil with the Taoiseach about the “spiralling cost of rents”.

Louth has seen the highest quarterly rent increase in Leinster in the last year of 4.3% and a year on year increase of 13.3%.

“In its snapshot of rents Louth performs very badly in comparison with other counties. A single bedroom apartment now costs €700. This is an annual increase of 20.9%. A three bed house costs an average of €977 a month. This is a 17.9% increase. And this trend is sustained across all sizes of accommodation.

"The reality is that under this government average rents have soared to a new record high. Rents are rising while supply remains at an all-time low. There are only 3,084 properties available to rent today across the entire state.

"The introduction of rent pressure zones last December was supposed to restrain rents and limit annual increases. This lacklustre attempt at cooling the rental market is not working. It is creating a two tier rental sector and struggling renters are caught in the middle. That is what the government, with the support of Fianna Fáil, has delivered.

"All the while, more than 91,000 families are on local authority housing lists. 4,875 adults and 2,546 children are in emergency accommodation and five families a day are losing their homes. Behind the statistics there is real human suffering.

"Currently I am trying to help a pregnant mother, whose current accommodation will not be suitable after her baby is born, and is desperately seeking more suitable affordable accommodation. So far to no avail. She has two other children and she is on the housing list seven years.

"I am also advocating for another citizen with two children. She is living at home with her parents and sister in a three-bedroom house. She is sharing a small bedroom with her two children. She is on the housing list since 2013. She is in this situation because there is no suitable accommodation to rent.

"This is a direct result of the government’s housing policies. When the state stops building social housing, it forces everyone into the private rental sector. Increased demand and a refusal to embrace rent certainty is a guarantee of runaway rents.

"If the government is serious about tackling the housing and homeless crisis it needs to provide for rent certainty. The Minister also needs to introduce the Focus Ireland amendment to stop the flow of rental properties from the markets and stop renting families being pushed into homelessness. By any stretch of the imagination this is a national emergency. But not for this government. Its housing policy is a national disgrace.”