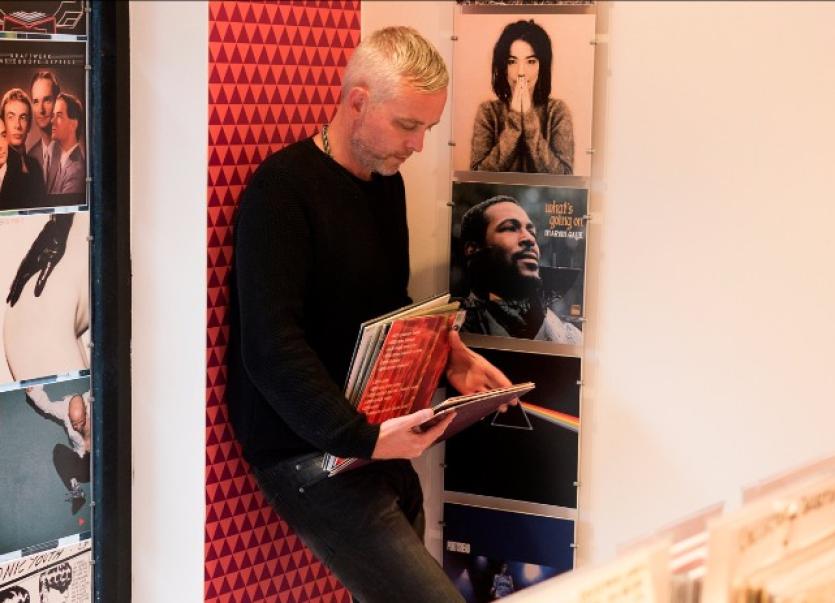 With Dundalk getting set to celebrate World Record Store Day this weekend, Ronan Mullen sat down with Classified Records' owner Neil Waters to chart his role in the vinyl revolution.

Although an artistic departure for most, music remains a trial by numbers for many.

Few industries are forced to jive so closely with their stats, after all, the transient nature of modern consumer culture demanding as much.

Indeed, no sooner had CDs taken hold than MP3 was emerging as the 'new normal', iTunes barely handed keys to the castle before Spotify was watching the throne.

That the use of streaming sites has risen some 500% since 2013 points to a very definite shift in that respect, another welcome string to music’s digital bow.

Seemingly irreconcilable, then, is the reality that vinyl sales have also soared across the same period, last year the first time spending on classic records outstripped outlay on digital downloads.

More than 3.2m LPs were sold in Britain, a figure not seen since Simply Red topped the album charts in 1991.

Across the pond, records are pegged to sell 40 million units in 2017, Stateside sales nearing the $1 billion mark for the first time in four decades.

A turn-up for the books, sure, yet not a wholly surprising one.

Upon those same tenets the vinyl revival has been built, the joys of ‘crate digging’ warming cockles the world over.

One need look no further than our own borders for proof of that, ‘Classified Records’ firmly entrenched at the heart of the north-east music scene.

For owner Neil Waters, the store’s success is owed in no small part to the town’s already storied musical heritage.

“It just wouldn't be achievable were it not for Dundalk's long-standing history in that respect, from the Showband era right back to the Victorian gigs which were hosted here in years gone by.

“Everyone from Roy Orbison and Johnny Cash to John Martyn and The Smiths have played in the north east over the years, and we’ve carried that history right through.

“Even in the 1980s, long before the days of online booking and mobile phones, my uncle ran promotional companies which allowed music fans around the town to travel the country to see the likes of Prince and Michael Jackson. It’s that long-established and educated customer base which has allowed this store to flourish.”

Although in just its second year, Classified is already among the foremost vinyl hotbeds in the country, its eclectic stock catering to fans of all genres. For Neil, it's very much a labour of love.

“I’ve DJ’d my whole life, playing at house parties and gigs all the way through school. I bought my first set of decks at 14 and collected records ever since.

“These days, my collective 'Evil Presidentes' has residency in the Spirit Store and through that I’ve developed bonds with people all around the local music scene, sharing cables and stages, bills and equipments with practically every band in town. In that sense, music offers a camaraderie you just don’t find in other walks of life."

“You see it within families as well, parents coming into the shop and their kids being transfixed by the spinning decks and the music. It’s a shared experience for them, an almost inheritave thing.” 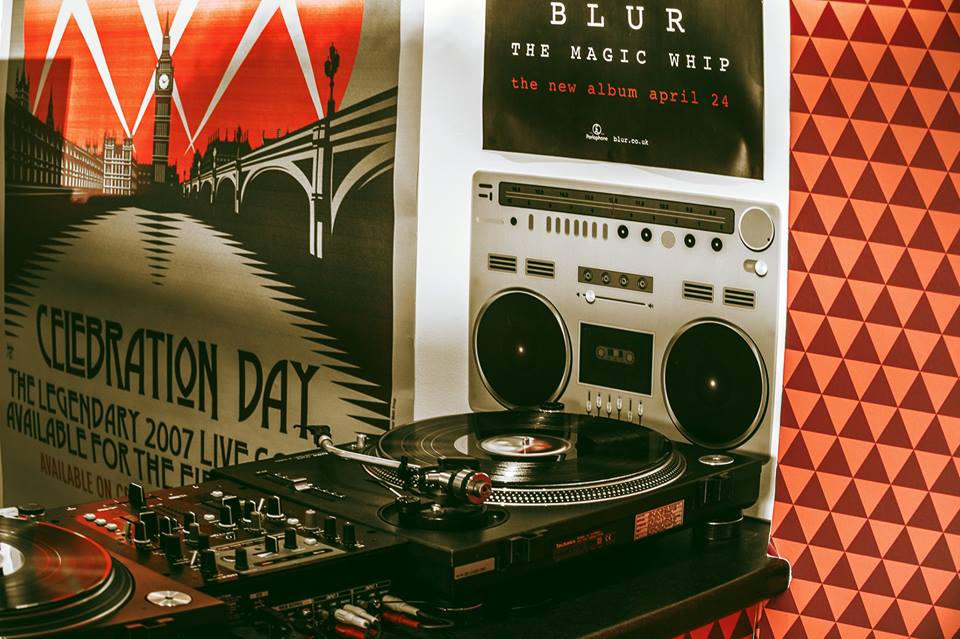 While the success of the venture is a product of Neil’s own passion, his initial entry into the vinyl industry was rather less so.

A graduate of Economics, he spent 12 years in London as a consultant. Though he would ultimately return home in 2007, big-city living had proven a formative experience.

“It’s just such a future-focused mindset over there, everything comes ahead of the curve, not just in terms of music but fashion-wise and culture-wise as well. I had my top button tied and my jeans rolled up long before it was the done thing over here!

“It was that ethic which stood me in good stead when I came home, allowing me to hit the ground running on the retail side of things.

“I threw myself into the music scene as well, but it was still very much as a hobby at that point.

“At the end of the day, we all have hopes and ambitions. I’ve had a million, and tried a million things, but this shop never really entered my thinking.

“I love records, I’ve spent some of my best times frequenting shops, visiting different cities for vinyl fares. It was always a huge passion for me but I never dreamt about starting this business because, as it turns out, it was waiting for me.”

The morning of May 10th 2015 proved a defining moment in that respect, Neil awaking to find a note he’d left for himself late the night before.

‘Open a record shop’ was all it read; three months later he’d made it a reality.

“I’d almost call it an 'epiphany', but that’s just a word to be honest. An epiphany is one thing, but you have to work at it. For me, by the time the goal had entered my mind I was moving unstoppably towards it.

“I rang all of the major record labels and before I knew it I was sitting in Warner HQ, laying out my vision.

“Within weeks stock was arriving at the house and the whole thing was up-and-running. I worked 7 days a week for 14 months after that. I never took a day off, never wanted one.” 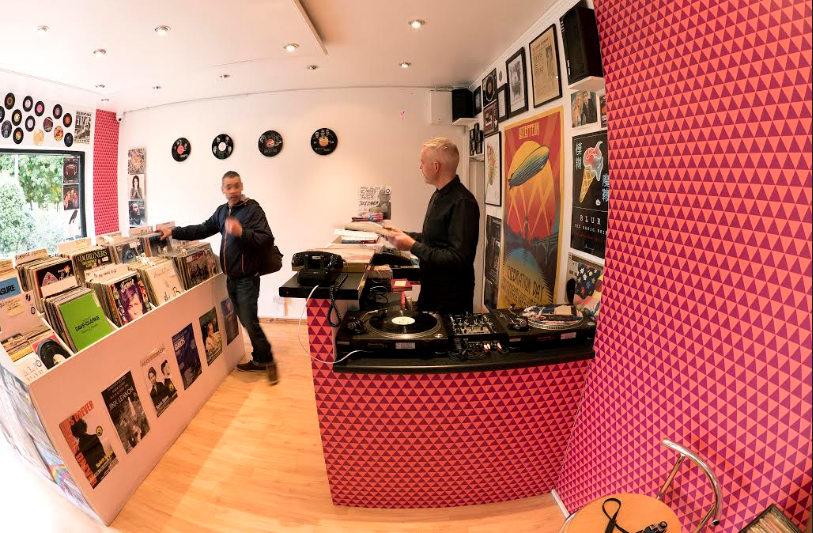 Louth Leader Partnership proved a valuable resource in that regard, but so too did a life-long immersion in the principles of business. For Neil, much like music, retail acumen runs in the family.

“It all began with my grandfather really, who established himself as a successful businessman in Britain having previously served during the Second World War. He eventually moved the family here in the 1960s to take a prime position with PJ Carroll's.

“My dad would follow in his footsteps soon after by getting involved in the business side of things. He opened Emerald Sports in 1973 and it was at the centre of Dundalk for close to four decades.

“I’m so lucky to have that legacy to maintain, it makes me work twice as hard. I have a name to honour, I have my grandfather looking down on me, and if I ever came in a minute late I’d feel guilty.

“I stay open til 5 past 6 in the evening because that’s what my dad did.

“I wouldn’t have it any other way.”

Such is the scale of the vinyl revival that Record Store Day has blossomed from a niche occasion to a global phenomenon. Now in its 10th year, the annual event was inaugurated with a view to celebrating the culture of independently owned outlets, bringing together fans, artists and firms.

Initially, just a small list of titles was released to mark the weekend but that has since grown to include artists and labels both large and small, in every genre and price point.

In 2015, 60% of the Official Release List came from independent labels and distributors. It continues to include a wide range of artists, covering the diverse taste of record stores and their customers.

While there’s only one specific 'Record Store Day', the organisation works with both independent and major labels to create ongoing contests, special releases and promotions in order to spotlight the benefits of supporting these independent, locally-owned stores with music purchases throughout the year.

Among the exclusive material up for grabs this year are releases by Pink Floyd, Iggy Pop, Neil Young, Prince, David Bowie, Bruce Springsteen, Pearl Jam, Bowie, U2, Sex Pistols and many more.

Classified Records has been confirmed as an official participant for the 2017 leg, with the event returning to Dundalk this Saturday.

The store will open at 9am to facilitate keen collectors and, on the day, there will be some exclusive one-off discount offers on some popular in-store stock albums.

There will also be live DJ sets and, with a thriving vinyl collectors’ community in the area, Neil is advising to get down early to avoid disappointment.

“This is a huge global event and truly a special day for vinyl collectors everywhere. It’s massive for everyone involved and we’re very proud to be able to bring this event to Dundalk again.

“With such a vibrant music scene in the area, this event adds to the bubbling fountains of creativity. It’s important that we keep Dundalk on the map musically, we’ve carved out a great name for the area in terms of the musical output of the last 6-7 years and this a major plus to the north-east region.

“People all over the country are sitting up and taking notice of Dundalk’s music scene and we are extremely proud to be able to keep the momentum going.

“We’ve been very busy purchasing vinyl titles from all over the northern hemisphere in order to have a terrific selection of records available for the big day.

“Our aim is to ‘wow’ people with a range of mega-rare records by multiple artists, bringing an unparalleled uniqueness to the day. We’re calling it ‘The Vinyl Cup Final!

“Music lovers all have a lot in common naturally. We gravitate towards music as a solution and an answer to life’s little problems. Music can heal, replace and shine a light when once darkness reigned.

“Music has no borders, racial confines or fake social standing; there is no such thing as winning or losing. Anyone who calls into the shop already has a lot in common with us; we all love music in our lives."

As well as for the life-long collector of vinyl, Record Store Day is a great opportunity for anyone looking to get started.

“We get all kinds of people buying records; young and old, newbies and veterans alike. We do our best to cover as many genres as possible, keeping the vinyl bays in the shop freshly stocked up at all times.

“It’s a continually-evolving thing but we’ll always aim to impress customers with our range”.

“Sometimes a record can be worth buying just for the sake of it. Some days you just have to buy a record, your mood demands it. Collecting vinyl is a vice, but a very welcome one.

“There are worse things to be addicted to!”

Classified Records celebrates Record Store Day this Saturday at 9am.

Exclusive albums are subject to the rules of World Record Day release and cannot be revealed or reserved before April 22.

For more information contact Neil at +353 42 9386406. To find out more about Record Store Day visit http://www.recordstoreday.com/, and for more on Classified Records visit: http://www.classifiedrecords.ie