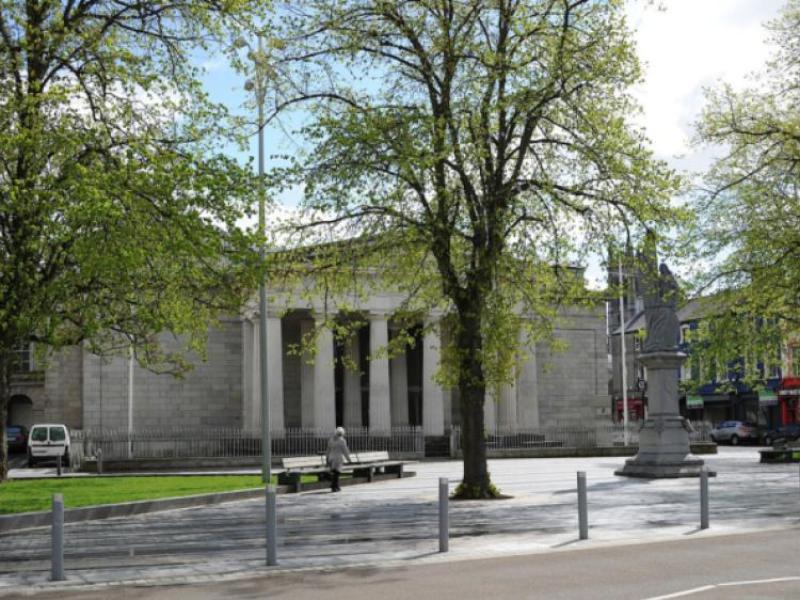 Judge Flann Brennan, who is leaving the post he has held for the past 30 years as resident judge for district court area number 6 covering Dundalk and Drogheda, was paid warm and fulsome tributes today (Tuesday).

He is the longest serving judge on the District Court bench and is to take on a movable role as a Judge.

In an overflowing courtroom in Dundalk, members of the  legal profession and the  court service  staff, past and  present  gathered  as  Roger McGinley  senior member of the local  solicitor  profession,  led the tributes to Judge Brennan.

Mr McGinley said it was Louth and South Monaghan’s great good fortune to have   him presiding for such a long period. He brought to the post “two highly desirable attributes high expertise and respect for the law, along with the qualities of compassion, concern and respect for all who appeared before him.”

He   also always displayed  good  humour  and if  he might  say –“good sense,  and  added that the attendance of  former senior  court clerks Gay Berkery and Brendan  Cleary was  an  eloquent   commentary of the relationship  he had  with staff.

He concluded “it is therefore with great regret we see you come to the end of this era. On behalf of my colleagues I wish you and Mrs Brennan   the warmest wishes, a good life and contentment,” and that he would look back with” affection and no small pride "on his time in the district.

Mr McDonough  recalled   the Judge’s  career  as  a barrister who  was called to the bar in 1973 and built up a  busy and  successful practice, and  remarked the  bar’s  loss  was the judiciary’s gain.

He noted that it was an incredibly busy district where Dundalk and Drogheda courts went through 11,500 cases a year. Also Judge Brennan sat in the Special Criminal Court during   his time dealing with high profile gangland and terrorist cases.

Most of all he would be remembered for the role he played in the district.

Garda Superintendent Gerry Curley acknowledged Judge Brennan’s role in the administration of justice over the last 32 years. He said he always treated members of the Garda Siochana with the utmost respect, and exercised patience with new young members.

Judge Brennan said he  would miss sitting in Dundalk, and it was  frightening  to look  back  and see how  quickly  his  time  on the  bench  had passed.

So many were no longer here, and it was good to see a number who were present when he was appointed permanently to the district on December 12 1986.

He was grateful for the support he had of staff, saying he never had a problem over his 30 years.

He hoped it would not be the last occasion he sat in the courthouse. He had matters to deal with in August.