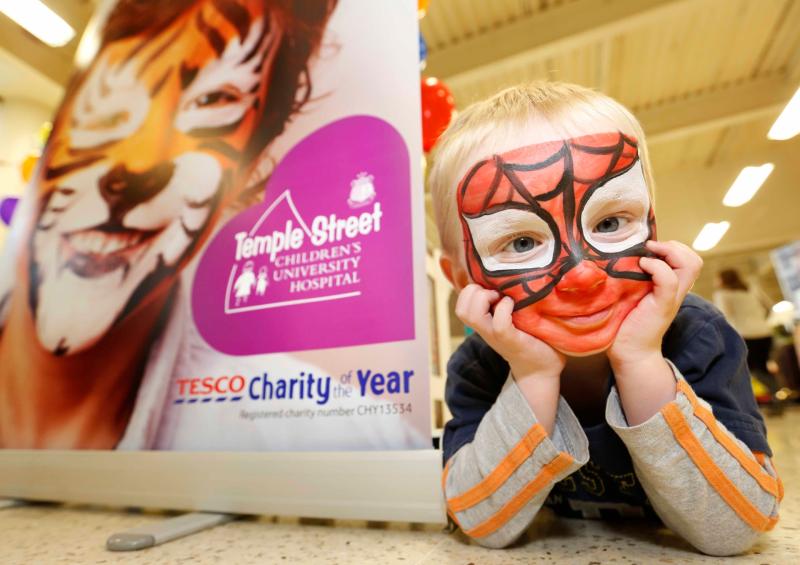 Over €130,000 was raised by Tesco stores across the country on Friday, 7th April in support of Temple Street’s Great Irish Bake. Tesco colleagues and customers baked, bought, ate and sold an abundance of culinary creations to help raise some much-needed dough for the children’s hospital. Tesco stores in Louth alone raised over €3,200 to support the little heroes of Temple Street.

All 148 stores across the country took part in the national baking event, raising a total of €130,000 over the weekend alone, which will support the cost of constructing a new state of the art Ultrasound System and the purchase of new equipment for the Ear, Nose and Throat Department.

Denise Fitzgerald, CEO of Temple Street Fundraising said:  “Temple Street has some of the best doctors and nurses in the world but without specialist facilities and equipment it is simply not enough. The effort put in by Tesco colleagues across the country was amazing and will really make a difference. All their hard work will help us purchase vital equipment such as a new state of the art Ultrasound System which is vital for putting IV lines in infants and premature babies safely.

“We are also able to purchase new equipment for the Ear, Nose and Throat Department which will ensure that we can open a second examination room and this will greatly reduce waiting times for our patients. On behalf of all the patients in Temple Street I would like to say a huge thank the customers and Tesco colleagues who helped make the event such a huge success.”

Tesco Ireland has been working with Temple Street as its charity partner since October 2014 and to date with the help of the Great Irish Bake has fundraised over €2.5m for the hospital, helping it to buy much needed life-saving equipment.

Christine Heffernan Corporate Affairs Director Tesco Ireland said: “We are really proud to have supported the Great Irish Bake and are amazed by the level of support, not to mention the culinary talent that we saw across the country – It really shows what can be achieved when people pull together for a great cause. What a fantastic result for an invaluable service provided by Temple Street.”

Each year Temple Street Children’s University Hospital treats over 145,000 children from across the country and operates the busiest A&E department in Europe. For thousands of children, Temple Street is the only hospital in Ireland they can be treated in. Through the charity partner programme, Tesco colleagues and customers can help little people from all over Ireland get better and be real life heroes to children attending the hospital.