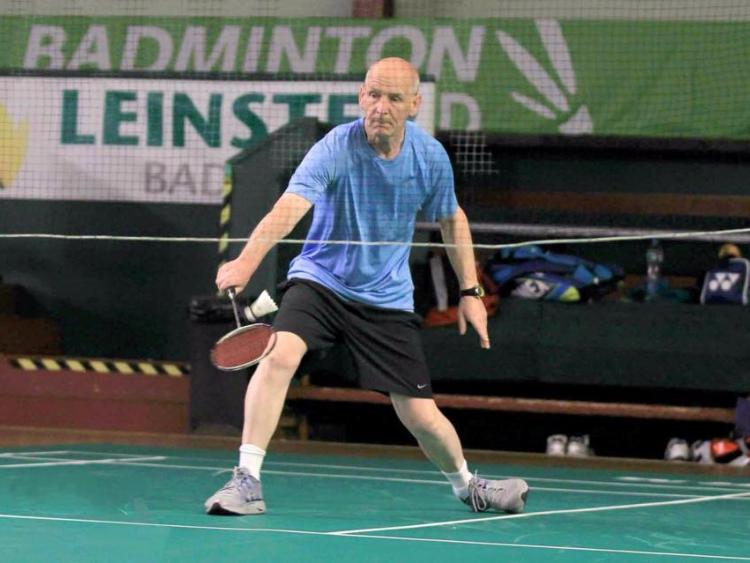 The Haggardstown man picked up silverware in the over-65s category having accounted for Dublin’s Tom McGrath in straight sets in the final.

And speaking to the Dundalk Democrat, Callan expressed his delight at successfully defending his title for the second successive year.

“It was a great night and obviously for me personally it went very well,” he said.

“The event this year was very well run and harder to win than in other years. Every year it throws up different players and that just makes it more competitive because you have players coming from all the provinces.

“There were also new players coming through from the over-60s category so I’m very happy to have defended the title.”

Callan also praised the event for the way it keeps the competitive spirit alive in older generations.

“It keeps badminton fresh for the older generation. I’m playing badminton over 40 years so it’s no great hardship to keep myself fit,” Callan added.

To make matters even more intriguing, the man who he defeated in the final is the President of the Leinster branch of Badminton Ireland.

So, does Callan think he’ll be thrown out of competitions in the future as a result?

“As the man says, that’s up for grabs,” he quipped, “but there shouldn’t be any problems.”

Callan and his son Ciaran recently took part in the New York half-marathon and the Dundalk Democrat will be ‘running’ a spread on their exploits in the Big Apple next week.