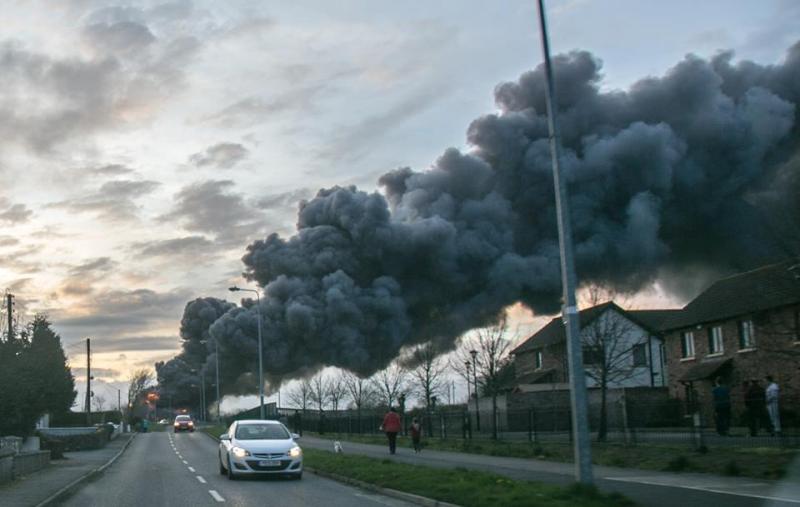 The GT Recovery compound in Haggardstown was destroyed by a fire which was first reported at 7.20pm yesterday evening.

At one stage as they were tackling the blaze there were 20 fire fighters at the scene along with with three tenders, a water tanker and a hydraulic platform.

It is believed at least 90 cars were also destroyed in the blaze.

Chief Fire Officer in Louth Eamon Woulfe said the cause of the fire is not known yet.

He added that "there were regular explosions in the early stages".

He also stated that it was a complex fire to control.

"It was a difficult fire to get completely out because the roof is after collapsing in on top of the fire."
The local fire service were in attendance to dampen any hot spots throughout last night.