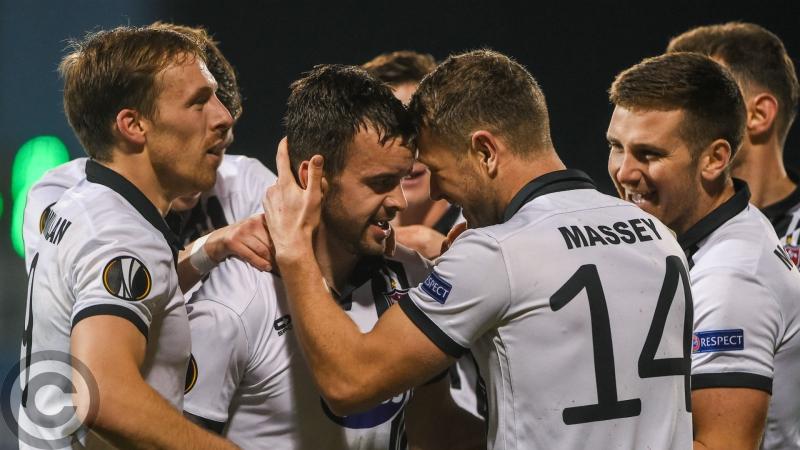 Dundalk midfielder Robbie Benson has been ruled out for up to two months with the injury that forced him off in the opening minutes of last Saturday’s 2-1 defeat to Cork City at Turner’s Cross.

A scan has shown Benson has a Grade 2 hamstring complaint from the collision with City’s Karl Sheppard.

Manager Stephen Kenny said: “Robbie got the results of his scan and it’s a Grade 2 tear high up in the hamstring, which rules him out for a minimum of six to eight weeks.

“It’s a big blow for Robbie and for us.

“It was an honest tackle with Karl Sheppard, there was no malice from either side; it’s just the way he approached it and it tore the hamstring. With Patrick McEleney, Robbie has been a little bit under the radar this season but they have been our two best players.

“He has really kicked on from last year and done brilliantly. He came back in excellent physical condition this season, he gives a lot of energy and his left foot gives balance to our midfield. He has stepped it up this season and I’ve now doubt he can come back and have a major impact on our season.

“He moved to Dundalk last year, he has put a lot into it here and it’s a setback. He has reached some very high levels this season.”