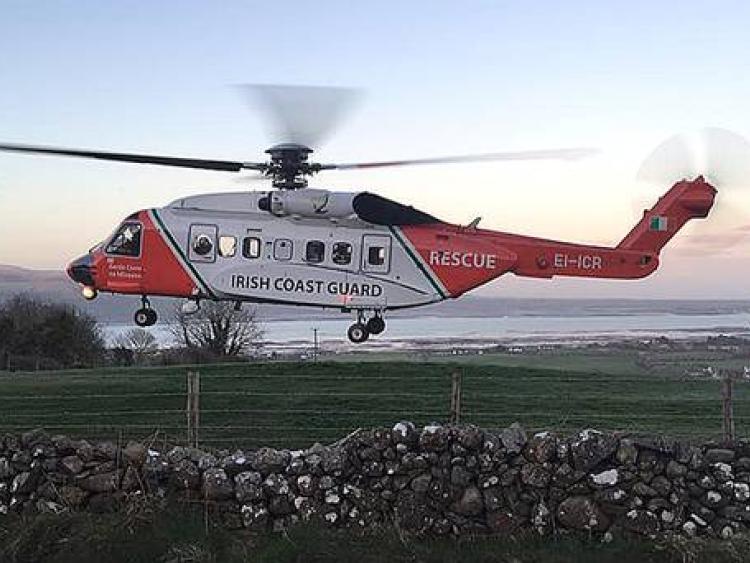 Pilot Mark Duffy, from Dundalk, has been named as one of the missing crew members from the Coast Guard helicopter which disappeared off the coast of Mayo early this morning.

Mr Duffy, who lives in Blackrock, was aboard the Dublin based Rescue 116 Irish Coast Guard helicopter, which vanished at approximately 1am this Tuesday while it was providing cover for another crew on a rescue mission.

A major search operation is underway for the missing Coast Guard helicopter with four crew on board.

Mark was part of the helicopter rescue operation over the weekend, helping to save the lives of a father and son in Carlingford when their helicopter came down.

Local Labour Senator Mary Moran took to Twitter to express her shock and sadness at the news:

Rescue 115 posted on Facebook: “Thoughts and prayers for our missing crew from Rescue 116.”

It is currently assisting in the search operation along with a Coast Guard helicopter crew based in Sligo plus an Air Corps plane, local lifeboats and fishing boats.

Speaking on Newstalk this morning, acting director of the Irish Coast Guard Eugene Clonan said it was a “dark day for the emergency services", adding that his “thoughts and prayers” were with the missing crew’s families.

In a statement, the Coast Guard confirmed that there had been an incident involving one of its helicopter units.

“At approximately 1am contact was lost with one of our SAR Helicopters. A major sea search is ongoing off the county Mayo coast approximately six miles west of Blacksod. SAR Helicopters from Sligo and Shannon are on scene along with the Air Corps Casa. Ballyglass and Achill all weather lifeboats (ALBs) are on scene along with five local fishing vessels.

“The search operation is being coordinated by the Coast Guard Rescue Coordination Centre in Malin Head. Both helicopters refuelled at Blacksod prior to transiting to the scene.”

Minister for Transport, Tourism and Sport, Shane Ross, expressed deep concern at the news this morning that there has been an incident involving a Search and Rescue Helicopter off the west coast.

“As the search for the Dublin based helicopter R116 is currently underway I would like to express my sincere support and sympathies for all those involved, particularly those family members who are awaiting news of their loved ones,” he said.

“This is an extremely difficult time for all concerned. As we await further information I would like to appeal for space to be given to the relevant professionals involved in the search operation to complete their work. Once again, I send my utmost support to all those affected.”