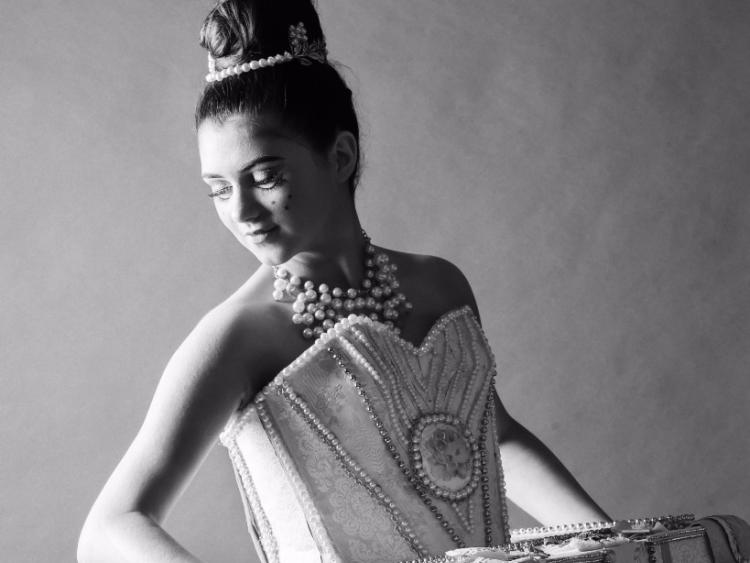 For the second year in a row Coláiste Rís will be represented in the National Finals of the Bank of Ireland Junk Kouture Recycled Fashion Competition. Models Emma Duffy, Áine O’ Hagan, Uche Ibeh and James Mc Carron excelled themselves in the Eastern Regional Final held in the Helix Theatre, Dublin last week where the school’s exhibits won three out of the nine places on offer and now go forward to the National final to be held at the end of April.  A total of 82 costumes were on show. 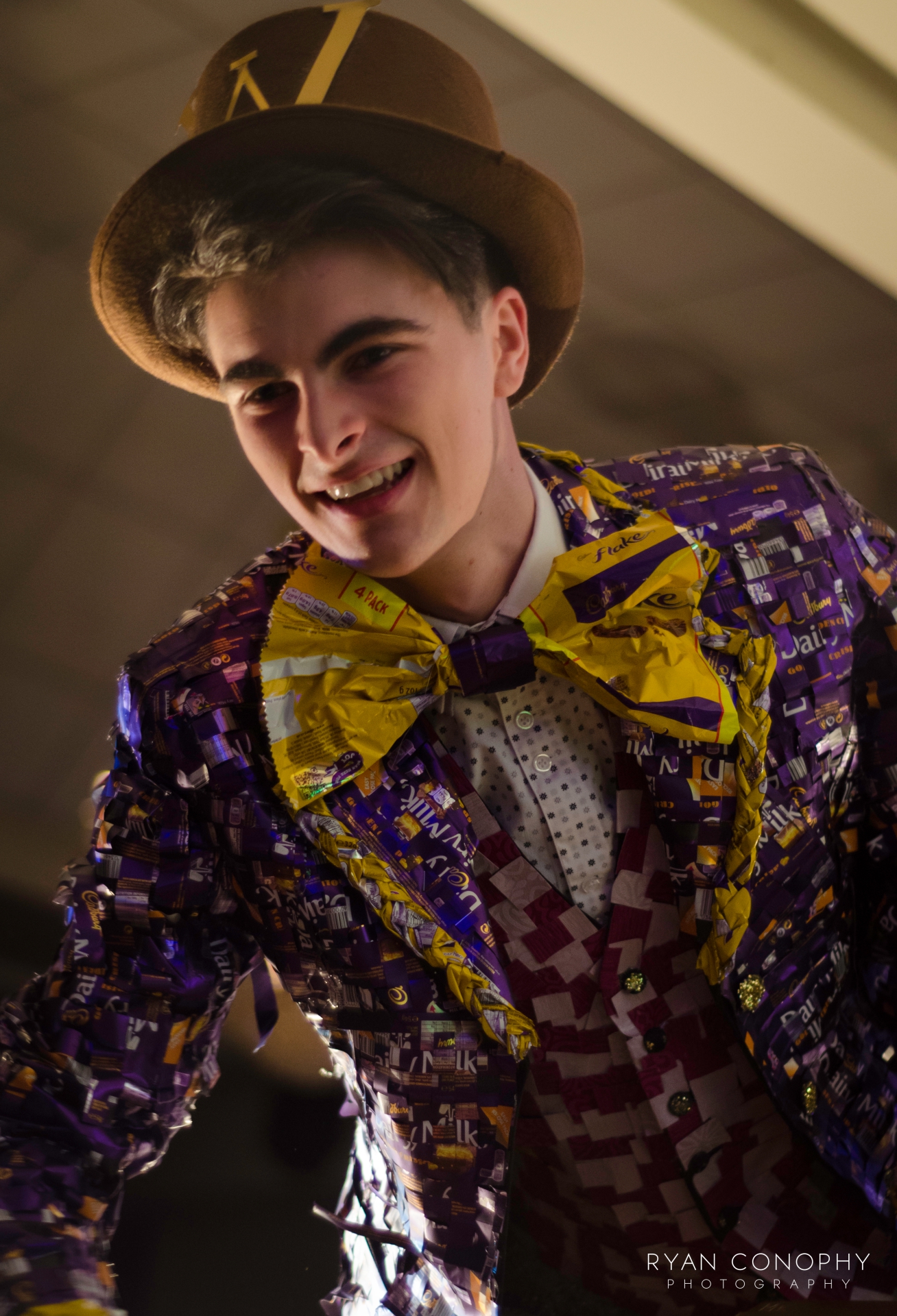 The Junk Kouture competition calls for second level students to design and create wearable, fashionable outfits from rubbish that would otherwise be destined for the bin. The Transition Year students from Coláiste Rís themed their costumes on ideas such as Pandora’s Box, Wonka’s Wonder, Labels Are For Bottles and Can You See Me Now. They were assisted by teachers Mardeen Mc Caughey and Breege Marie Dorrian.

The garments were modelled on the catwalk and judged on overall design, the use of recycled materials, the performance on the catwalk and an online vote which took place a couple of weeks ago. The local school achievement is remarkable as Coláiste Rís was the only school on the night to have 3 of their entries picked as the final 9. 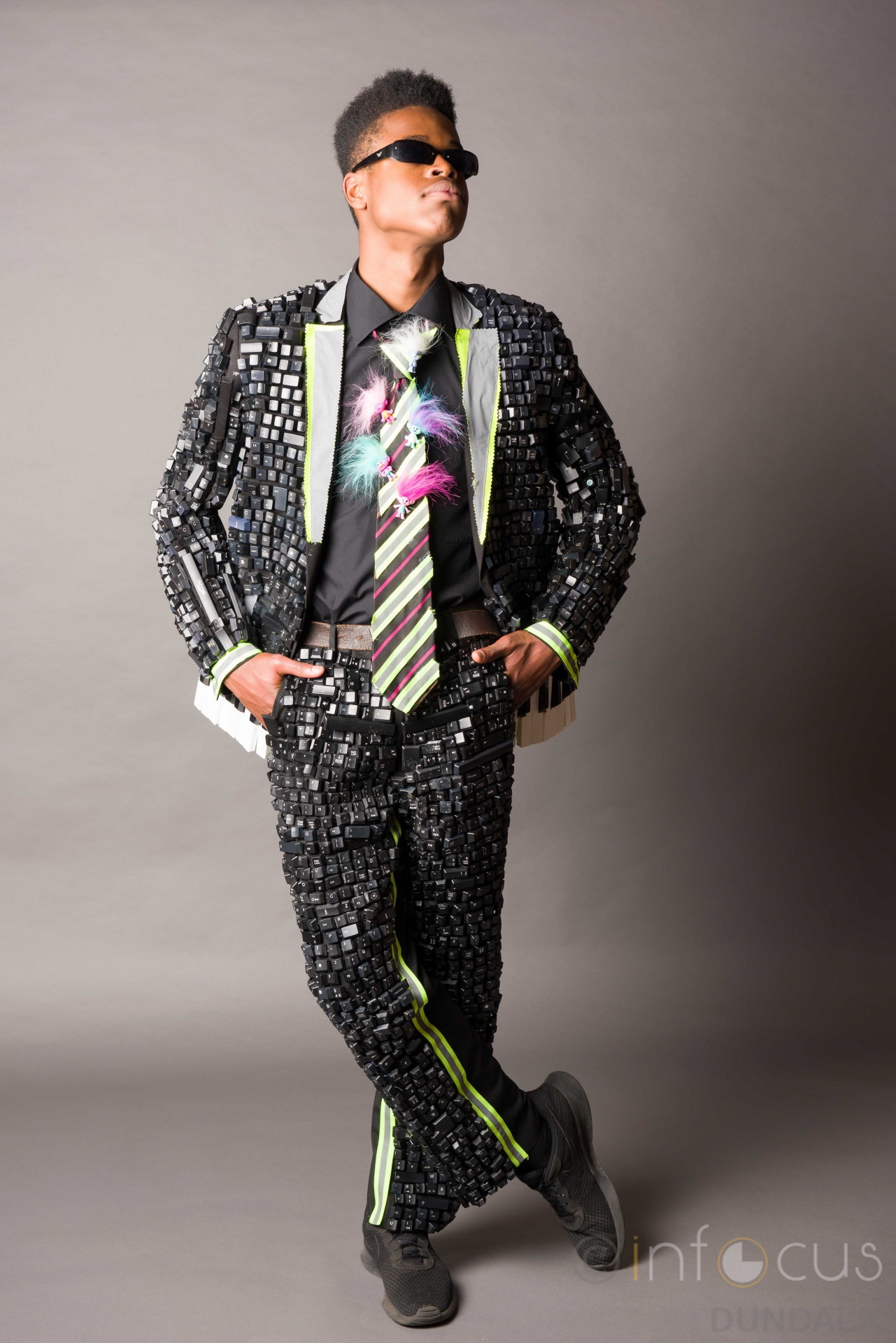 They will now progress to the National Final where they will model again on the runway in the 3Arena on the 27th of April where Louis Walsh and Una Healy will also be appearing.