Dundalk FC get their title defence off to a winning start 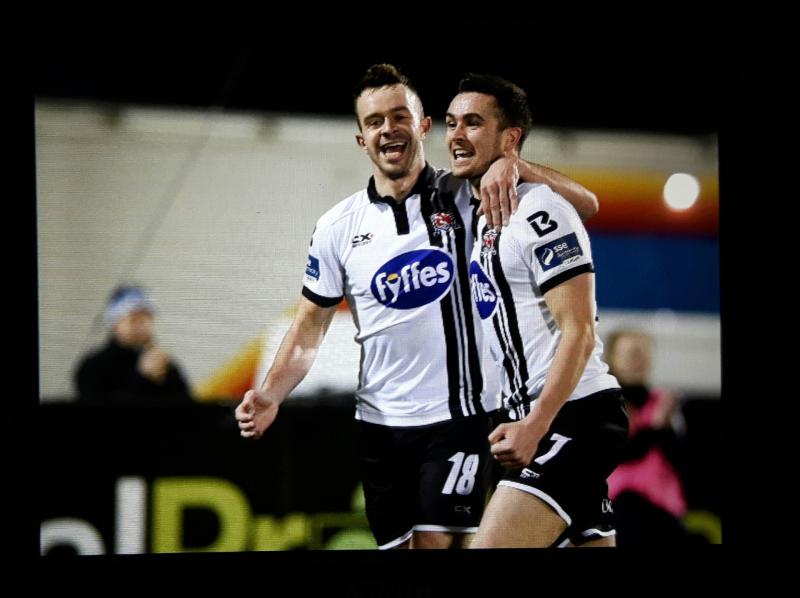 Dundalk got their title defence off to a winning start with a 2-1 victory over Shamrock Rovers in front of a bumper crowd of 4,746 at Oriel Park.

The champions were let off the hook by two former Dundalk players in the opening 15 minutes.

Darren Meenan steered an effort just wide of the upright after a mistake by Paddy Barrett and Gabriel Sava then saw a clearance cannon off Michael O’Connor and land in the net but it was harshly ruled out for offside.

The breakthrough came in the 32nd minute. Michael Duffy’s first cross was blocked by Simon Madden but the winger’s second attempt was tapped home from close range by Robbie Benson.

Dundalk took a firm grip on things seven minutes into the second half when of the match Patrick McEleney put the ball on a plate for Ciaran Kilduff to head home goal number two.

Former Lilywhites midfielder Ronan Finn was introduced to a mixed reception just short of the hour mark but it was another substitute, Graham Burke, who pulled Rovers back into it when his effort took a wicked deflection off Barrett to beat .

That set it up for a grandstand final quarter of an hour but the Rovers striker was given his marching orders just four minutes later for a stupid lunge on Jamie McGrath.

Despite the numerical disadvantage, Rovers pushed for an equaliser and they almost got it with the final kick of the ball when David McAllister diverted a Brandon Miele free onto the bar.