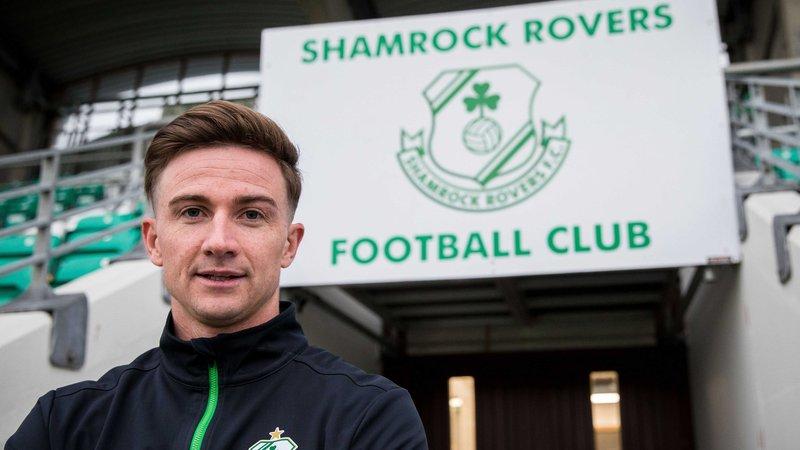 While Daryl Horgan and Andy Boyle have moved on to pastures new, Ronan Finn — another one of Dundalk’s most influential players over the last two years — returns to Oriel as captain of this evening’s opponents.

The 29-year-old midfielder’s move back to Tallaght surprised a few, including Stephen Kenny, but he has taken up Stephen Bradley’s offer to play a leading role in the latest Rovers project.

There is huge work going on behind the scenes from schoolboy level right up the senior team at the Hoops with head coach Bradley, director of football Stephen McPhail, academy director Shane Robinson and coach Damien Duff all central figures.

It would be crazy to think that they will knit together as a well-drilled unit immediately, but Bradley, in his first full season at the helm, knows as a former Rovers player that their fans demand success.

“The fans are the fans and as a group we have got to be strong. We have got to stay together and show them that we are progressing. I think they will accept that, that we are serious again about winning titles and winning cups. If we show that progression on the pitch they will stay with us.”

It’s a daunting prospect but Bradley insists he is happy to be facing last year’s champions so early, as the outcome will give him an opportunity to see where his team are in terms of progress against “the benchmark”.

“We have to put in a good performance on the pitch for the fans and there are still some places up for grabs which is good,” he added.

“The competition within the squad is excellent and that is really what you want at Rovers. We’re a different side to what we were the last time we played Dundalk in Oriel Park, we’re going up there looking to get the win.

“We know it’ll be a tough game as they are the champions and they are at home, but we want to win this game. A win will be massively important to us and will help us gauge where we are in comparison to Dundalk.”