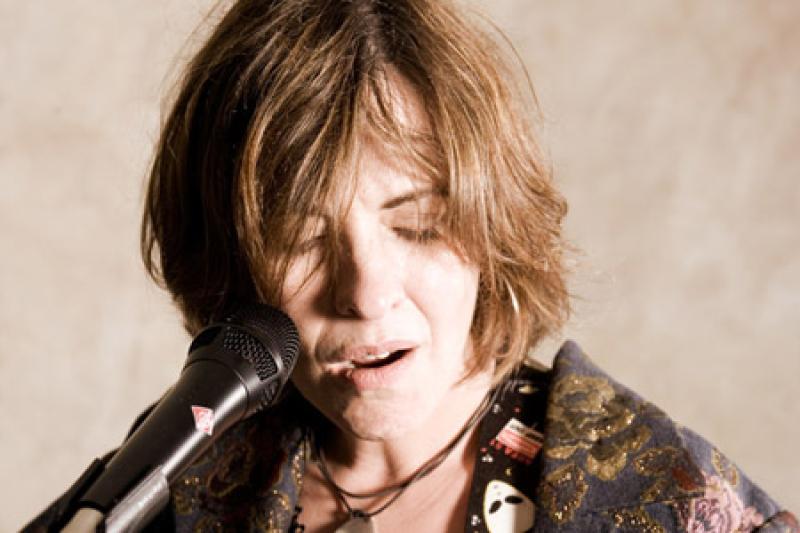 Oriel Centre Dundalk Gaol welcomes one of Ireland's most accomplished contemporary singer/songwriters Eleanor McEvoy to its stage on Saturday 25th March 2017. Best known for her songs Sophie, Harbour, The Secret of Living and of course “Only A Woman’s Heart, the title track of “A Woman's Heart” album which is the best-selling Irish album in Irish history, selling over 750,000 copies.

Eleanor McEvoy has gone on to release numerous critically acclaimed albums and her ever evolving style has earned her many glowing reviews from critics over the years. Eleanor McEvoys career originally started as a session musician, which included a long stint with The Irish National Symphony Orchestra. However, it was whilst playing withThe Mary Black Band that Eleanor decided to develop her own career, and in 1992 two life-changing opportunities came along.

Mary Black and her manager decided that McEvoy’s song ‘A Woman’s Heart’ would be a fitting title and lead track for the compilation they were putting together of contemporary Irish female performers. Simultaneously, Tom Zutaut, the legendary A&R of Geffen Records (who had previously signed Guns & Roses, Motley Crue, and Edie Brickell), was on a scouting mission to Dublin. After hearing Eleanor McEvoy perform at The Baggott Inn pub, he offered her a worldwide recording deal on the spot. She was soon touring the world to promote her eponymous debut album for Geffen, which went on to sell 250,000 copies. At the same time, ‘A Woman’s Heart’ entered the Irish charts, selling over 750,000 copies – and remains one of Ireland’s biggest selling albums of all-time.

These successes established Eleanor McEvoy as one of Ireland’s biggest stars, launching a career that has since seen her release twelve studio albums and tour the world. Eleanor will be presenting material from her new album “Naked Music” along with many other fan favourites to an intimate audience at the Oriel Centre.  Tickets are limited so early booking is advised.