Fyffes back on board as main sponsor for Dundalk FC 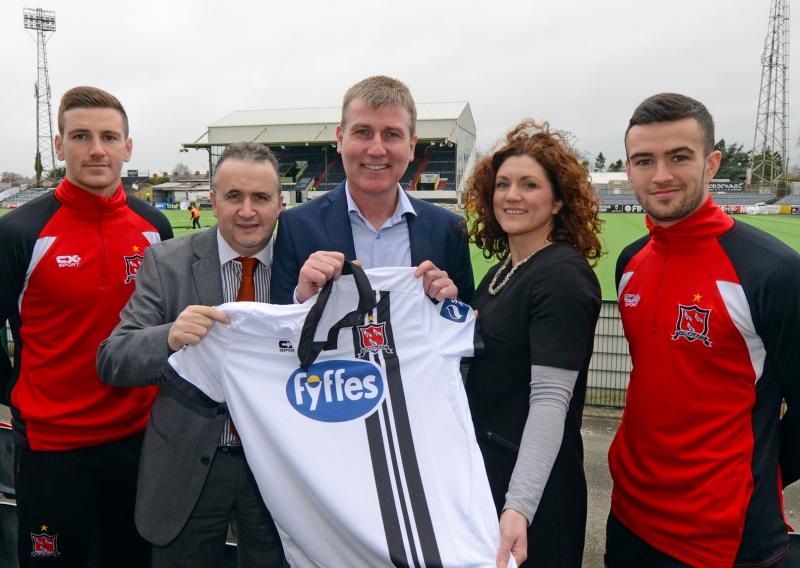 Dundalk FC has received a boost in their quest to win four league titles in a row with the news that club sponsor Fyffes has renewed its support for the forthcoming 2017 season.

The partnership, which is now entering its sixth year, will see banana importers Fyffes support the club at local and national level whilst continuing as high-profile shirt sponsor for the entire season as Dundalk FC seeks to become only the second Irish club to secure four consecutive league titles.

Speaking at the announcement, Fyffes managing director for Ireland, Gerry Cunningham said: “We are proud to continue our association with a club that has brought so much honour to not only the town of Dundalk but the whole country in recent times. We wish Stephen Kenny and the team the very best of luck in their bid for more silverware as they embark on a new season backed by all the support Fyffes can give.”

Thanking Fyffes for their ‘continued support, investment and passion for the club’, Dundalk FC general manager Martin Connolly noted that the club is proud to be partnered with a company that has ‘such a rich local heritage, a well-known global appeal and a commitment to promoting healthy eating and an active lifestyle across all age groups.’

Since 2014, Fyffes has produced a three-part series of short online videos telling the story of Dundalk FC and ‘the sense of spirit, enthusiasm and commitment that exists amongst players, supporters, officials and the people of Dundalk generally.’

Following its release, the video trilogy exceeded all expectations by attracting a gross audience of over one million viewers across YouTube, Facebook, Twitter and various sporting websites.