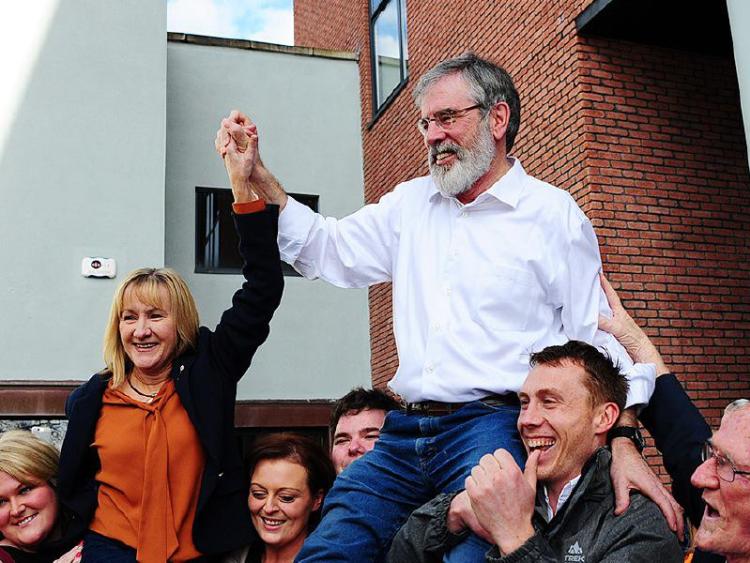 Louth Deputy Gerry Adams has called for a General Election.

Deputy Adams was speaking in Belfast this afternoon on the controversy surrounding the Government’s handling of the campaign against Maurice McCabe.

Adams said: "The Fine Gael led government is one without authority. It is stumbling from one crisis to another - in health, in housing, in homelessness.

"They have covered up on the NAMA scandal and they are now playing the public for fools on the Garda/Tusla/McCabe controversy.

"Fine Gael is in power only by dint of patronage from Fianna Fáil, and Fianna Fáil is keeping the wreck afloat.

"Citizens are scandalised by the arrogance of Enda Kenny and his Cabinet colleagues. The Taoiseach should do the right thing. So should Micheál Martin. He should withdraw his support for the government.

"Sinn Féin in government would not tolerate this type of behaviour.

"People deserve an election. They deserve to have their say on all of these matters.

"The Sinn Féin Chief Whip has written to the Business Committee in the Dáil seeking a debate on the Commission of Investigation to be brought forward to Tuesday to allow the Tánaiste and the Minister for Children to clarify their positions.”