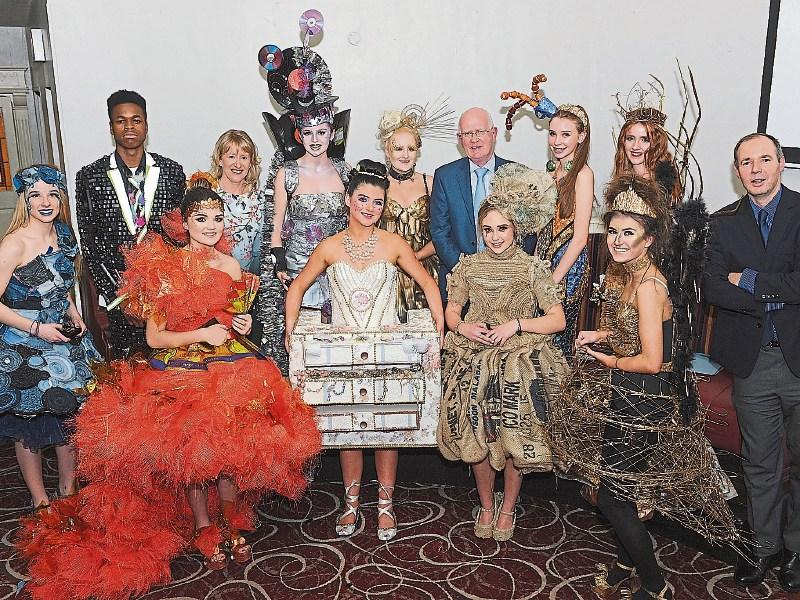 Local fashionistas were treated to an evening of glitz and glamour when the students of Louth showcased their couture creations at the fifth annual ‘Trashion Fashion’ event at the Carrickdale Hotel on Thursday 26th January.

A showcase of creativity and sustainability, the event seems to get bigger and better ever year, with over 180 students taking part and 55 incredible designs on display.

The fashion competition is open to all secondary school students in Louth. The challenge posed to students is to create a couture outfit of any shape and size made by the least couture of materials – junk! The students get their hands on industrial, commercial and domestic waste products and transform them into fashion masterpieces. 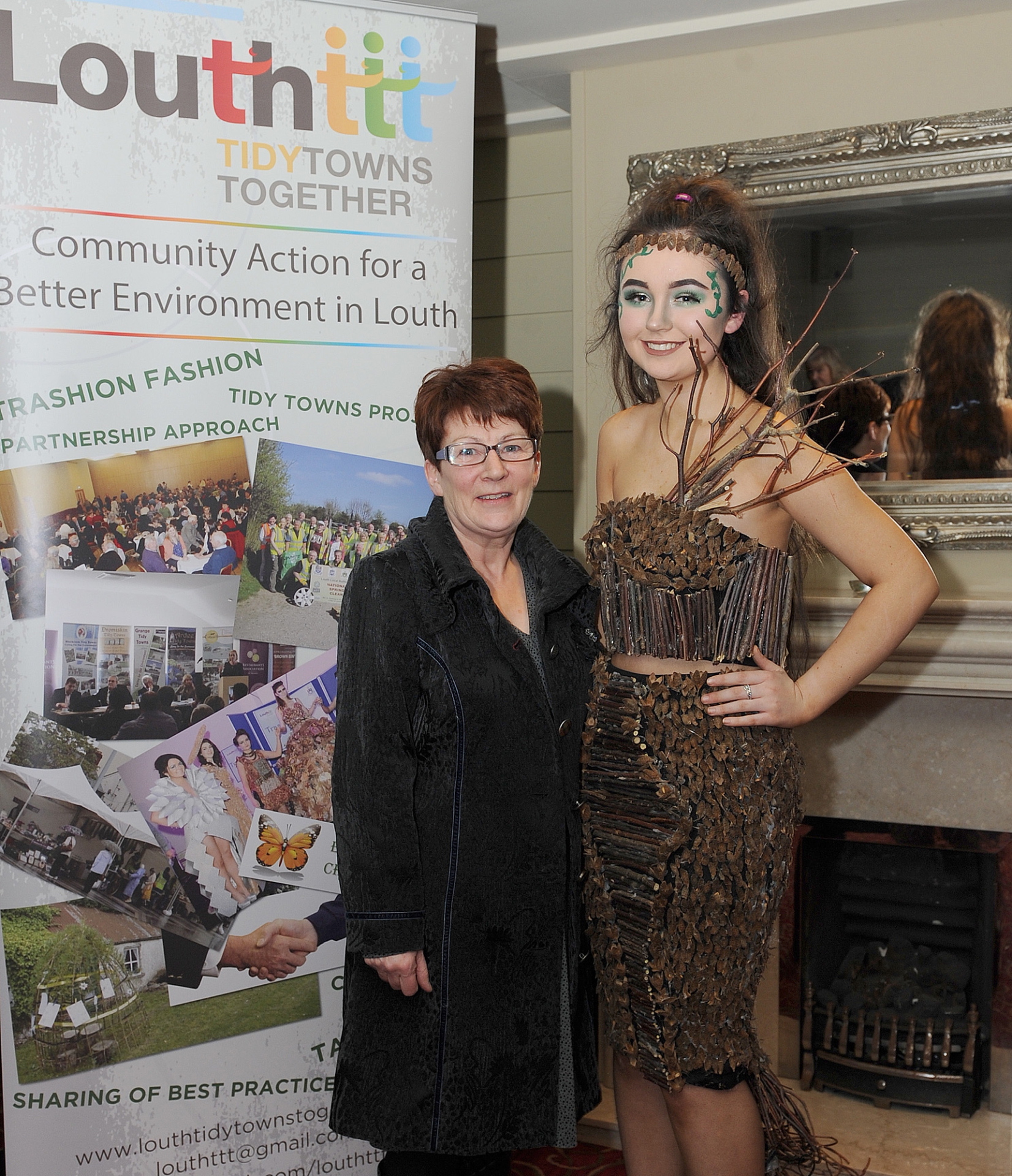 Chocolate bar wrappers, mussel shells, Lego pieces, bike tubes, PC keyboards, not to mention used engine filters were just some of the unusual materials used to create these fantastic designs. The themes of the outfits ranged from raising the issue of mental health awareness to afternoon tea, Roman Gladiators, flamenco dancing and the changeability of Irish weather!

The event, which is organised by Louth Tidy Towns Together in association with Louth County Council, continues to go from strength to strength, as it endeavours to combine the joint aims of creativity and sustainability, while encouraging active citizenship and community involvement at the same time. 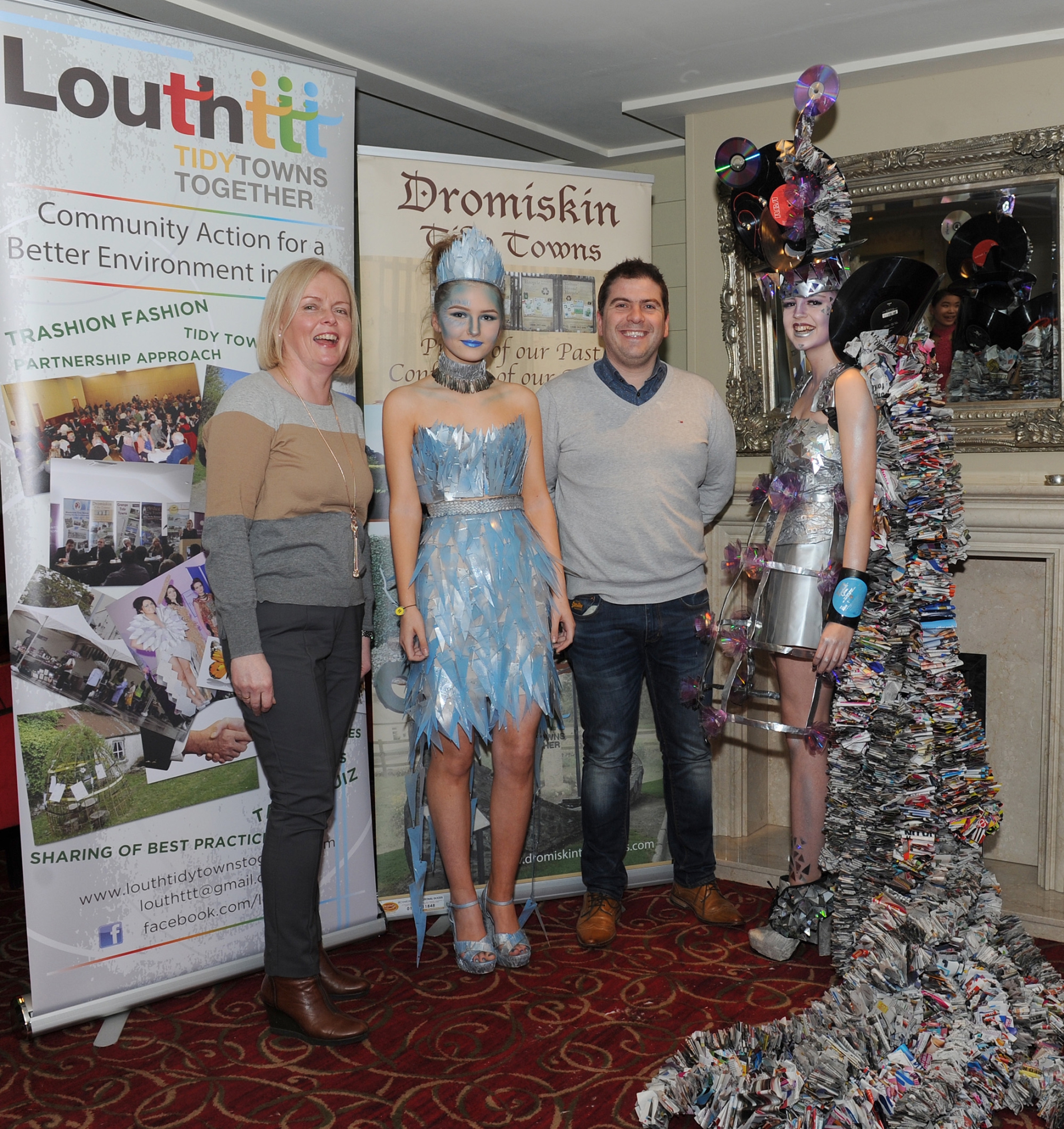 According to Larry Magnier, Chairman of Louth Tidy Towns Together ‘We are delighted to be part of this initiative, which encourages young people to think of waste prevention in addition to strengthening the linkages with their local Tidy Towns groups. The youth are the way forward and it is very encouraging to see what can be achieved and we are proud to support their efforts whatever way we can. What makes this competition so exciting is the breadth and scope of the recycled materials which can be used to create such awe-inspiring designs’.

Aisling Sheridan of Louth County Council also welcomed the growing partnerships being formed between the second level schools, the local authority and community groups. “Trashion Fashion successfully inspires and ignites passion in the students who continue to raise the standard with their innovative designs. We acknowledge the dedication of our local teachers and the influence of the local Tidy Towns groups. It is our hope that the long term legacy of the event is to educate the students about the importance of recycling and reusing waste. 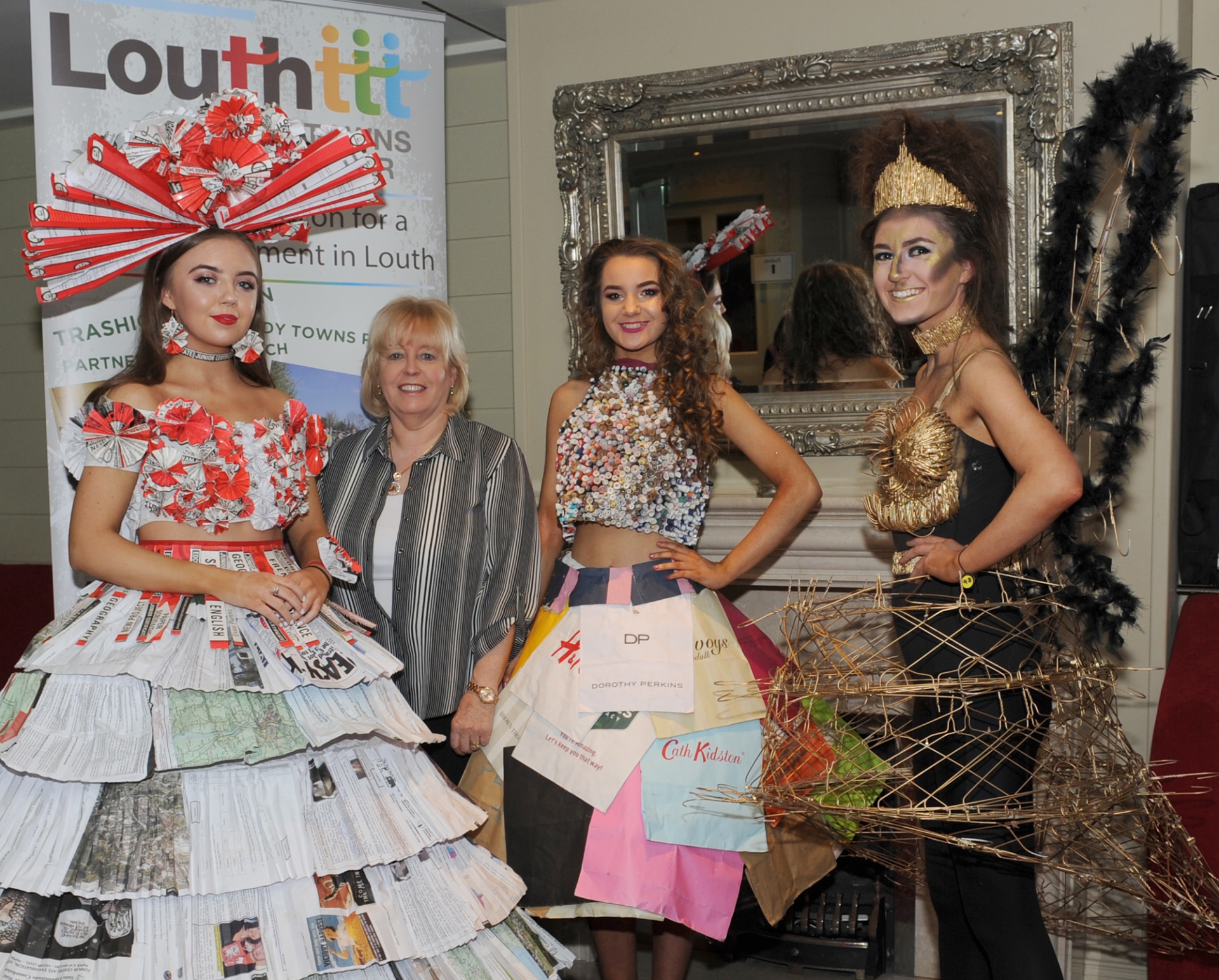 Four other schools didn’t leave empty handed as Dundalk Youthreach were successful with “Metallic Attyre” as modelled by Rachael Winters representing Dundalk Tidy Towns, while The Marist model Lauren Matthews-McGuinness was successful with the edgy “Post Truth Princess” while representing Dromiskin Tidy Towns. Dunleer Tidy Towns were delighted to be represented by model Emma Campbell with the Newgrange inspired “Archaic Motif” while the Bush were elated with model Leah Condon’s coffee themed outfit “Espresso Yourself” which represented Grange Tidy Towns. 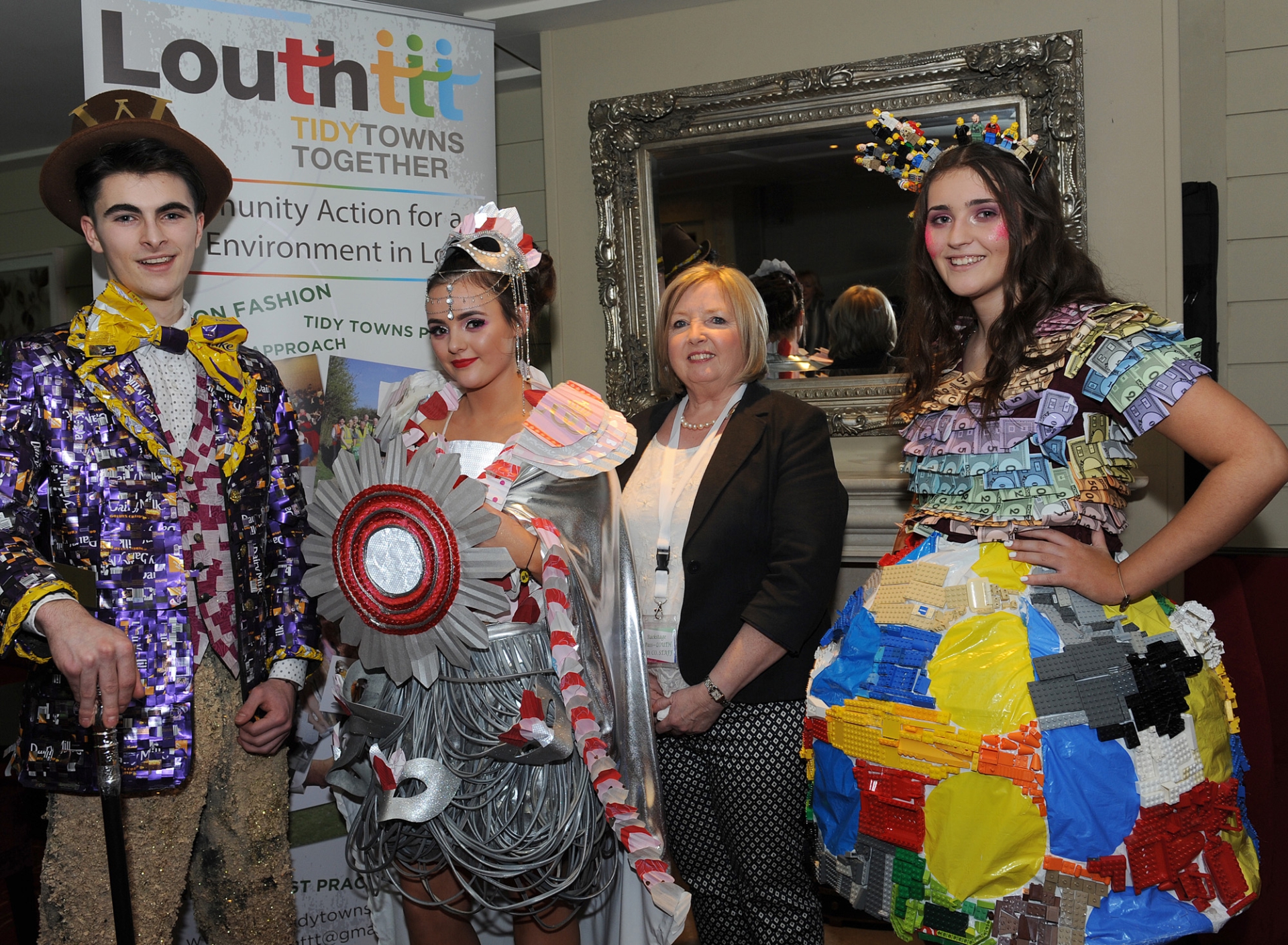 The interval acts added immensely to a great nights entertainment. Singers Shauna and Kelly Murray are sisters from St. Vincent’s who went down a storm, as did their fellow student Paidge Kevitt. Another future star who performed was Ellie Hoey from the Malone Dance Academy who performed her piece “Honey Bee”.

The evening was expertly presented by Mona Daly, who skillfully guided each of the models down the catwalk. Cllr. Mark Dearey, Chairperson of the Municipal District of Dundalk, was wholesome in his praise of the event and described it as “a spectacular event full of energy and enthusiasm and one which augers well for the future. Full marks to all involved in organising the event, the participating schools and especially the students who took on the concept of recycling and have turned it into an evening of spectacular couture designs from junk that would normally find its way into the bin”.