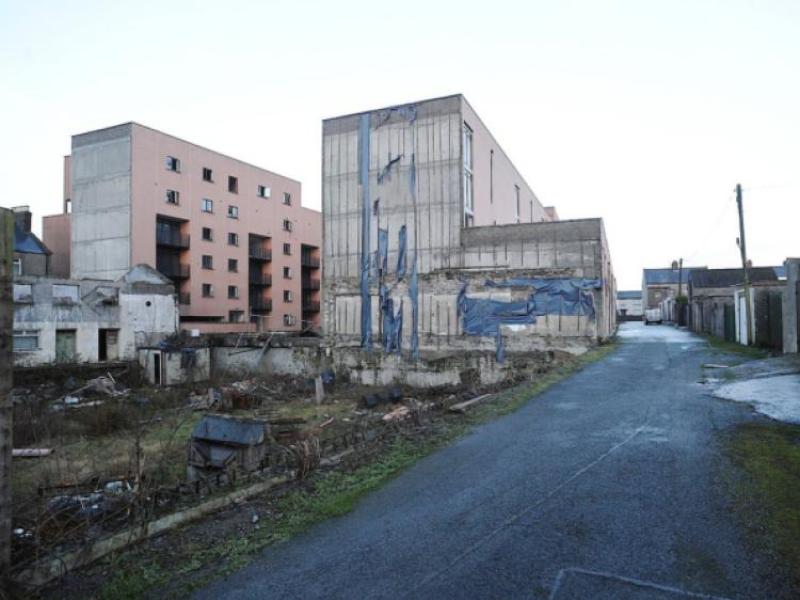 Local Councillor Jennifer Green has said that following the purchase of the Ard Dealgan Complex on Quay Street, the nightmare could be coming to an end.

Ard Dealgan was built by controversial developer Tom McFeeley and has remained unoccupied since 2009 due to health and safety concerns and has been a constant source of irritation for the area due to the anti-social activity it has attracted.

Speaking after the Dundalk Municipal meeting last night, Cllr Green said “Sinn Féin has been on this issue for years now and we have been pushing for the site to be used for social housing. This evening I was told that a consortium have bought the building and are proposing to renovate it. They will be doing initial studies and costings to see if it will be viable for social housing. It’s not clear at this stage if that will be the case. The Council and Sinn Féin would prefer this option obviously but we will have to wait and see.”

In recent days, Cllr Green had urged young people not to be entering the complex due to the dangerous state it was in and also the danger of running into anti-social people within the building.  When asked about the immediate safety/security issue surrounding the complex, Cllr Green said:

“I have been told that the new owners will send a security firm to guard the building to ensure no-one is living within it and that no anti-social behaviour is taking place and this should happen in the next 4-6 weeks.”

“However, if all this falls through the Council can still activate the Compulsory Purchase Order (CPO) and look at pushing through social housing. Either way, I feel it is safe to say, we can see light at the end of this nightmare tunnel at long last.”