LOTTO: A Dundalk man has won a shed load of cash on Winning Streak 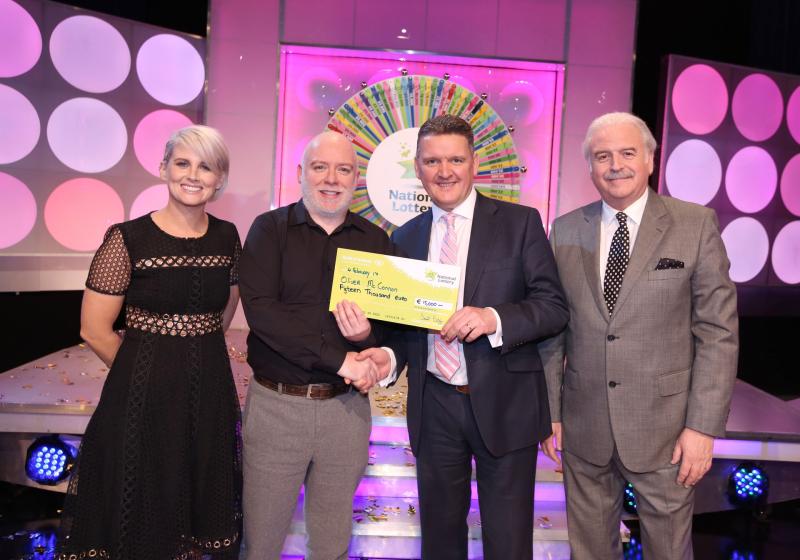 The winning ticket was bought at Aisle Rock Londis on the Castletown Road.

Forty-two-year-old Oliver is single. He is an Electronic Technician in Xerox in Dundalk.

Oliver lives with his mother, Kathleen in their family home. He has two older sisters, Elaine and Fiona and two nephews and a niece.

Oliver is a Dundalk FC and Liverpool fan. He loves to travel especially to the US. He loves the theme parks in Florida and the beaches of the west and east coast.  He has never been to New York City and would consider going there with any winnings from playing Winning Streak.

He would also like to take his family away on holiday. Oliver’s whole family were in the audience of Winning Streak this weekend along with his godparents, Gerard and Ann, his friends and some colleagues from work.