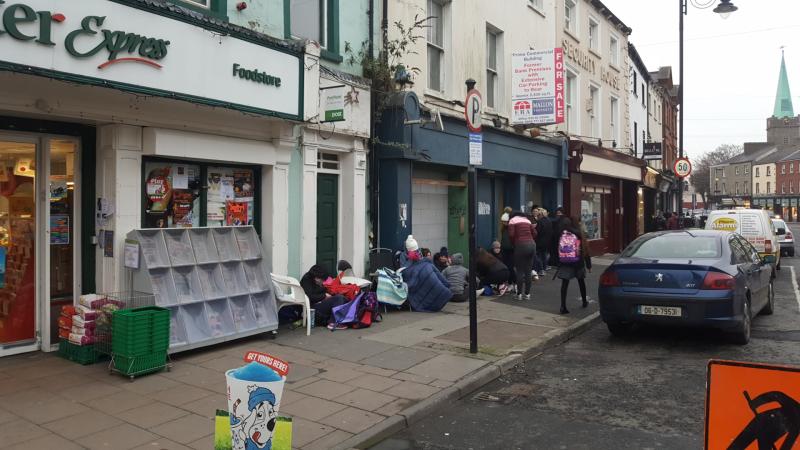 Fans began queuing early outside Costcutter for tickets for Ed Sheeran's gig at the 3 Arena in Dublin set for the 12th and 13th of April.

Tickets officially go on sale tomorrow, so his fans - who are mostly made up of teenage girls - may well have to endure wintry conditions if they are to stay overnight on Clanbrassil Street. Some are in sleeping bags, while others huddle together offering each other support and idly chatting.

The ginger haired English man is well known for his fondness for Ireland, making frequent visits as well as appearing on the Late Late Toy Show.