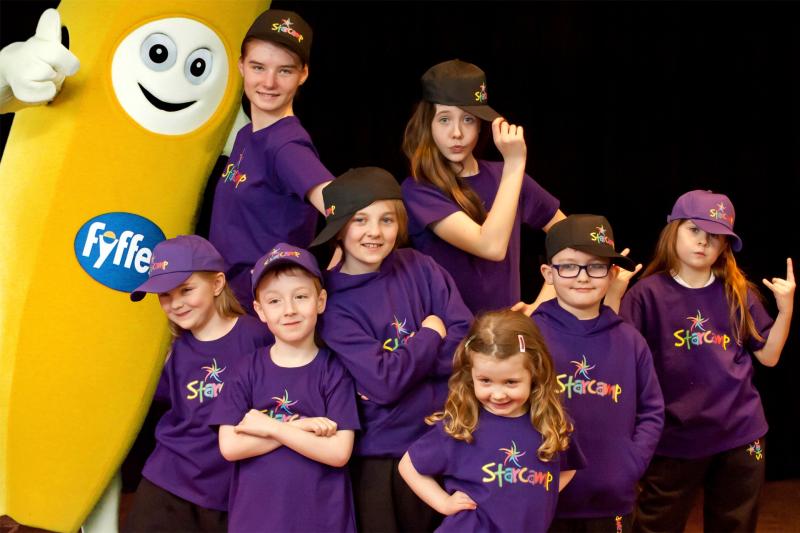 Dundalk-based banana importers Fyffes is to renew its support for Starcamp, Ireland's nationwide children’s performing arts network, which plans to host summer camps in in three Louth locations next July and August.

Now in its 10th year, the concept of the week-long camp is to build self-esteem in boys and girls aged 4-12 through song, dance, drama and games in a safe and non-competitive environment.

Dates and venues where the camps will be held are Dundalk (venue to be confirmed) from 14-18th August, Ardee Parish Centre from 24-28th July and St. Oliver’s National School, Drogheda from 10-14th July next.

Praising the success it has become, Fyffes sales and marketing manager Emma Hunt-Duffy described Starcamp as: "a commendable venture, perfectly in line with Fyffes commitment to promoting healthy eating and an active lifestyle across all ages."