New faces on show as Dundalk arrive back for pre-season 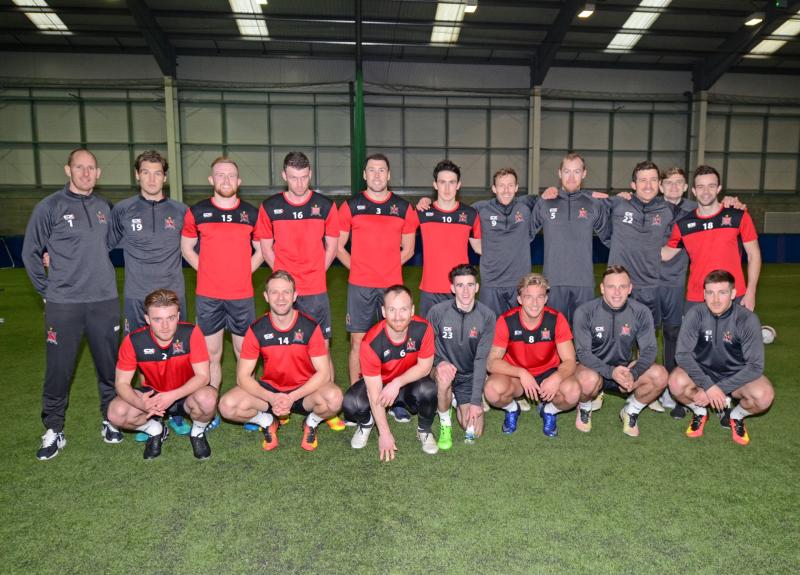 Dundalk's preparations for the 2017 campaign got underway on Monday afternoon when the players were put through their paces by Graham Byrne at DkIT Sport.

New signings Conor Clifford, Jamie McGrath, Niclas Vemmelund and Sean Hoare all took part, as did David McMillan and John Mountney, who have both committed their future to the league champions.

“Sligo were keen to sign John and there was interest from Cork while Rosenborg interested in David on the back of his Champions League goals. It was a possibility we might have lost them so it's good to get them back,' said Lilywhites boss Stephen Kenny.

Clifford's transfer from Boreham Wood was confirmed after the session. The has Irish U17, U19 and U21 caps to his name and was also called into the senior international squad for a World Cup qualifier against Germany in October 2012.

After playing with Richie Towell and Andy Boyle at Crumlin United in his teenage years, Clifford moved to England and was the of Chelsea’s 2010 FA Youth Cup winning team. However, after loan spells at Plymouth, Notts County, Yeovil Town, Portsmouth and Crawley Town, he left the club without making a senior appearance. He went on to Leicester City and Southend United before signing for Boreham Wood in August 2015.

“I am delighted to have signed with the club," said the midfielder. "I spoke with Stephen Kenny and things went well so I can’t wait to get started. I trained with the lads earlier today and enjoyed it.

“Stephen was massive in my decision," he added. "I like the way that the team played last year and he has done great things with Dundalk. I am looking forward to playing under him so I am happy to be here. “

Kenny, who is also hoping to complete a move for Everton winger, Stephen Kinsella in the coming days, is hoping that Clifford can rejuvenate his career at Oriel Park.

“Conor was in the same Crumlin United team as Andy Boyle and Richie Towell when he was younger and he has sort of lost his way a bit in recent years,” said Kenny.

“The two lads we signed at the weekend, Niclas Vemmelund and Jamie McGrath, along with Sean Hoare, are not the most high profile of additions but they will bring the age profile of the squad down,” he added. “Clifford is 24 and Kinsella only 19 so he would bring it down even more if he does sign.”

The Dundalk manager is still intent on bringing former Derry City star Michael Duffy to the club but the 22-year-old still has one-year remaining on his contract with Celtic. Another winger, Thomas Goiginger, who plays with FC Blau-Weiss Linz in the Austrian second tier, has been mentioned but Kenny dismissed that link.

One department where he is is not looking to strengthen any further is in attack with David McMillan and Ciaran Kilduff set to battle it out for the centre-forward position.

“People have this opinion that we need a centre-forward but we have David and Ciaran, two players who play in one position, and they contributed 34 goals last season.

“That's an incredible return, especially when you consider that Ciaran was injured for big parts of it. You might, on a rare occasion, get that with two strikers up front so they've done very well.

“It's a unique situation when you have two players who combine well, get on well and work so hard with each other. I've never had that before.

"You get more than the sum of one and that's very unique and it shouldn't be overlooked in terms of our success over the past few years.”

The 45-year-old also paid tribute to Gerry Spain, the Lilywhites assistant manager who left the club last week after four years on the backroom staff.

“Gerry travelled the length and breadth of the country doing detailed reports for us over the past four years. He was an integral part of the backroom staff. Whatever he chooses to do we wish him well with it.”

Meanwhile, Dundalk General Manager, Martin Connolly, has confirmed that the club exploring the possibility of installing a new synthetic playing surface at Oriel Park ahead of the league season.