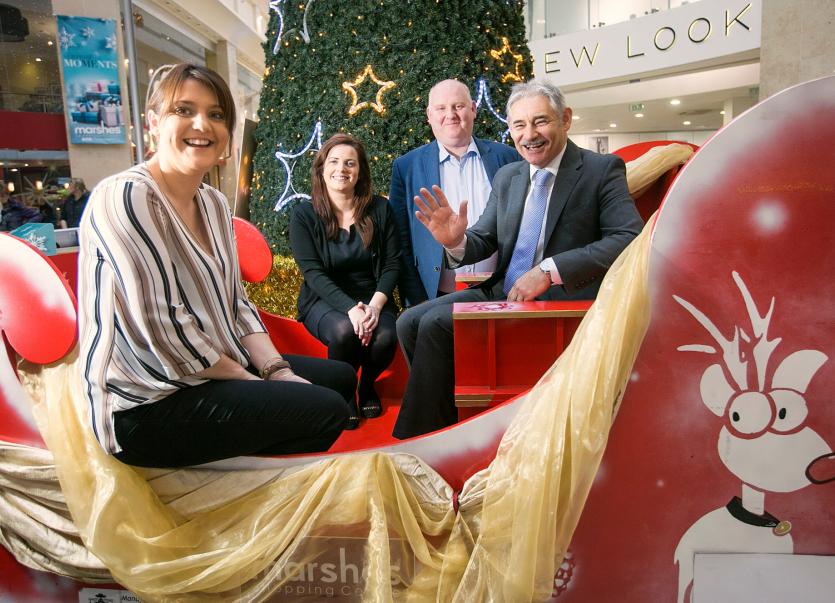 Marshes is facing its busiest week of the year, which will see many thousands of visitors to the local shopping centre.  Whilst the season is merry, it is tinged with sadness for staff and shoppers alike with the imminent departure of longstanding Centre Manager, Harry Traynor, who was part of the original team that opened Marshes in 2005.  Harry is to leave at the end of December to take up a new retail position in the UK.

As Centre Manager for the past 11 years, Harry has welcomed over 40 million shoppers to the area, managed the arrival of leading brands to the centre, and led a team of dedicated staff at Marshes. His influence has extended beyond the scheme with a senior role in both the local Chamber and as Director with Dundalk BIDS Ltd.

Marshes has won a number of awards under Harry’s leadership including; a National Architecture Award, National Mobility Awards and more recently recognition for their parent and baby facilities from global brand Sudocrem.

Commenting on his departure at the end of the month, Harry said;

“Marshes is a very important place, and whilst I am moving on to new ventures and challenges in the UK, this was a very difficult decision to make.  To me Marshes is special for many reasons – not least the staff and our wonderful customers, most of whom have been coming to shop with us for many years and I have got to know on a first name basis.  The staff and retailers are so passionate about Marshes, many have been here from we first opened. The shopping centre is a key pillar within the local community, as well as being loved by shoppers from further afield, North and South.  I will miss that personal interaction and wish the new Centre Management and Marshes team every success in the future.”

Marshes is currently recruiting for a new Centre Manager, full details can be found online at www.jobs.ie  / www.nijobfinder.co.uk