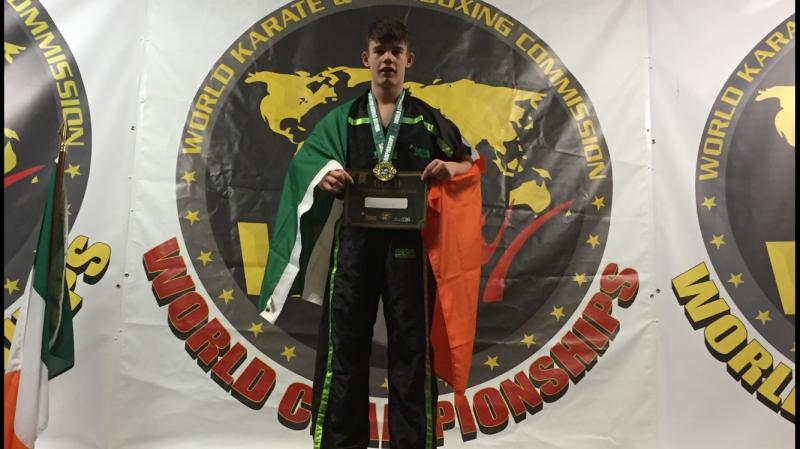 Tiernan, who has been a member of Cobra Kan Kickboxing Club for the last six years, won the Points Scoring category and becomes the latest world champion to be coached and mentored by Patricia McQuillan at the local club.

He had to navigate his way past three qualifying fights on the first night of competition, winning comprehensively against English, Puerto Rican and Canadian opposition.

The final, which took place three days later, saw the Dundalk teenager come up against a fighter from the USA.

Tiernan built up a decent lead in the first round of the contest, an advantage which he kept throughout the second round, never going behind and keeping his opponent at bay.

Last year Tiernan also won a Grand Champion belt in the ‘Best of the Best Series’ in Dublin in both Points and Continuous Fighting. This was achieved by winning all four competitions in both disciplines throughout the year.

Tiernan is very grateful for all the time, training and expertise given to him by Patricia over the years. He would also like to thank all the club members and parents who give him terrific encouragement and support throughout the tournament.