CONSTANCE SHORT  writes about her plans for a Dorothy Macardle Weekend seminar which will cover the life and work of this remarkable Dundalk woman. 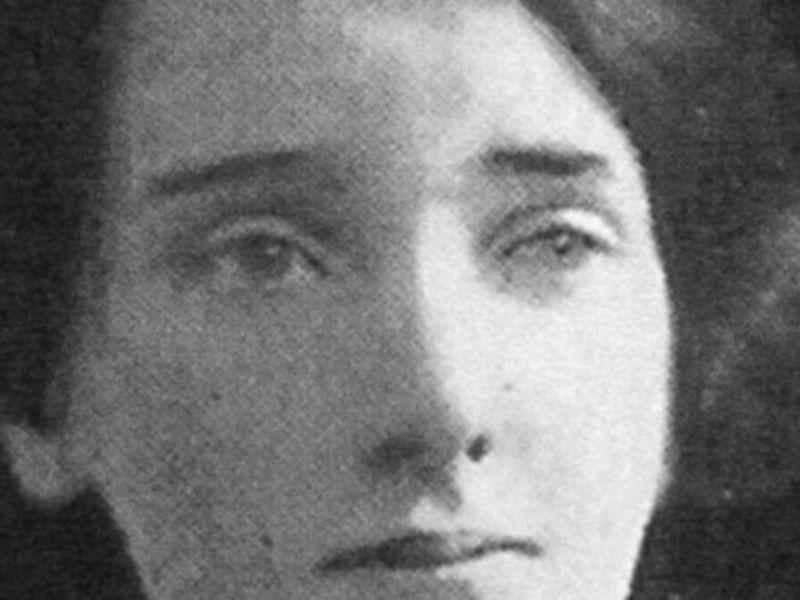 What with the talk I gave on Dorothy Macardle in Dundalk Library and the fine full page article by Gene Yore in Dundalk Democrat, there has been sufficient interest in Dorothy to warrant a full weekend exploring her activities both political and artistic and the legacy she leaves: To remind you again that Dorothy was the daughter of Lady Minnie and Sir Thomas Macardle, Macardle and Moore Brewery, reared in Roden Place in Dundalk and was a suffragette, Irish republican, teacher, prisoner, playwright, novelist, short story writer, journalist, European humanitarian, socialist, expert on Shakesphere. The list goes on.

Dorothy was a member of Cumann na bBán, Conradh na Gaeilge, Sinn Féin, a founder member of Fianna Fáil and a founder in 1938 of The Woman's Socialist Party with Hanna Sheehy Skeffington. (They stood in two general elections but got nowhere.

When I gave my talk in Dundalk Library, a lot of people joined me afterwards who had more information on the family than me. One gentleman had written out a family history on the Callan connection, and a lady mentioned the Moore connection.I would be most grateful if they would contact me again, and anyone else who knows about Sir Thomas  and Minnie Macardle.

Even the smallest piece of knowledge would be terrific so we can put it all together like a jigsaw. Sir Thomas was one of nine children, so there must be relations around.His brother was a solicitor in Dundalk and another brother was a Jesuit priest in Dublin.A Branch of the family lived in Milltown Grange, the home of the McCann family now. Mother Mary Martin who founded The Medical Missionaries of Mary was a cousin. Dorothy's own brothers and sister went to live in England.

We want to have this weekend as fully informative as possible and to have some of the relations there too.

Dorothy once said: 'I am an unrependent Protestant' and that is what I am calling the weekend. She was brave and fearless and followed her beliefs up with action so I have invited women to speak on Dorothy who have had similar experiences in their careers. Lelia Doolan Film Maker former RTE p’roducer and artistic director of The Abbey Theatre and more, will speak on Dorothy as artist and political activist.

Clare Short, former MP and Sec for Overseas Development in The British Parliament will speak on Dorothy's work with refugees in war time Europe and more, and another former MP Bernadette Devlin will give an overview on the contribution Dorothy has made and her place in Irish History. Then we will have PhD student Ailbhe Rogers giving us a talk on Cumann na mBán and the Civil war with particular emphasis on women from Louth. I am delighted to announce that we will  have a new play on an aspect of Dorothys life, from Joan Ryan, which sounds as exciting as her previous plays which are receiving international attention, rehearsed readings from Dorothy's own plays and readings from her short stories and poems. Dorothy and her family loved music and we will have traditional Irish music, Classical music and song.

When my programme is completely in place, I will announce it. I have received generous sponsorship so will be able to keep my prices low. If I get enough sponsorship I will publish the weekend findings in a book. I have opened The Dorothy Macardle Society account in Blackrock Credit Union for anyone who would like to donate.

My email address is :constanceshort@eircom.net.