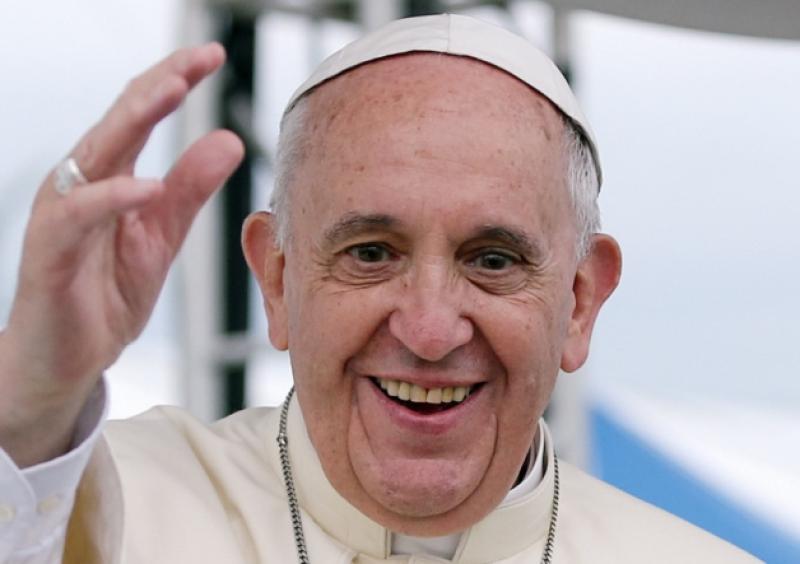 The Pope has sent a message upon the death of Dundalk born Bishop Gerard Clifford.

Archbishop Eamon Martin, the chief celebrant at the Funeral Mass today for Bishop Gerard Clifford RIP, in the Church of Saint Patrick, Dundalk, read out the following message of condolence from Pope Francis:

“The Holy Father was sadden to learn of the death of Bishop Gerard Clifford and he sends heartfelt condolences to the clergy, religious and lay faithful of the Archdiocese of Armagh.  United with you in prayerful thanksgiving for his generous and dedicated episcopal ministry in the service of education and ecumenism, His Holiness joins those gathered for the solemn funeral rites in commending the soul of the late Prelate to our Heavenly Father's merciful love. Upon all who mourn Bishop Clifford 's passing, Pope Francis cordially imparts his Apostolic Blessing as a pledge of peace and consolation in the Lord Jesus Christ.”

Gerard Clifford was born on 24 June 1941 into a farming family, the second child of the late Thomas and Margaret Clifford of Bellurgan.  He was educated at Bellurgan National School, Bush Vocational School, Saint Mary’s College, Dundalk, and Saint Patrick’s College, Armagh.  He studied for the priesthood at Saint Patrick’s College, Maynooth.  Ordained to the priesthood on 18 June 1967, he undertook post-graduate studies both at Maynooth and at Lumen Vitae, the international catechetical centre in Brussels.

From 1969 to 1979 he was appointed Director of Religious Education in the Archdiocese of Armagh.  He liaised with all the schools of the diocese and published several guides to help parents in the religious formation of their children.  After the 1979 pilgrimage by Pope Saint John Paul II to Ireland, Father Clifford was part of the response by the Catholic Church in Ireland to the late Pope’s special appeal for Churches to work more closely together.  He undertook this work in partnership with the late Church of Ireland Canon William Arlow.  In 1979 the late CardinalTomás Ó Fiaich appointed him ecumenical and reconciliation officer of the diocese, with a base in Richill, near Portadown.  He worked closely with Canon William Arlow, who held a similar post in the Church of Ireland.  Bishop Clifford regarded his ecumenical involvement as one of the most important aspects of his life as a priest.  His interest in ecumenism went back to his student days – his theological degree was awarded for a study of ministry in the Anglican Church.

As ecumenical and reconciliation officer, he organised ecumenical talks twice a year between the diocese and Saint Anne’s Cathedral, Belfast.  He was responsible for organising the inter-church services in Armagh Cathedral during the annual Week of Prayer for Christian Unity, which brought a number of prominent ecumenists from abroad to Northern Ireland.  With Canon Arlow he organised a major ecumenical pilgrimage to Iona in 1984.  Also in the 1980s he brought a group of young people from Portadown to Philadelphia as part of an exchange programme .  He was a member of the Ballymascanlon Inter-Church committee and co-chairman of its joint working party on social problems. With Bishop Anthony Farquhar he was observer for the Irish Catholic Bishops to the then newly-formed Council of Churches of Britain and Ireland.