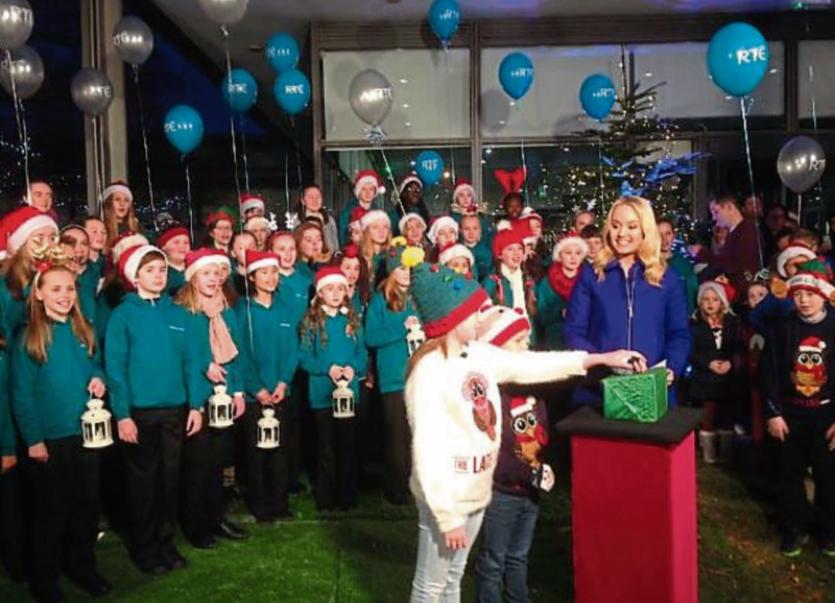 Aimee Collins (11) and her brother Aaron (8) from Ballagan, Greenore had the honour of kickstarting the festive season and switching on the Christmas lights at RTE's Donnybrook studios in Dublin last Friday.

They gained the honour by winning a nationwide art competition run by News2day, the children's news programme on RTE, beating off hundreds of other young artists from all over the country.

Aimee and Aaron were treated to a VIP day at the Donnybrook studios (see News2day on the RTE player).

They met many of the RTE personalities before switching on the lights.

Ryan Tubridy took time out of his busy Late Late Toy Show rehearsals to congratulate them and then invited them onto the Toy Show Set.

Marty Morrissey asked the children to demonstrate their Kick boxing skills - both are members of the Irish Kickboxing team.

The talented duo got to meet a host RTE stars, including head news anchor Bryan Dobson.

Earlier in the year the Cooley duo returned triumphant after competing in the US Open World Martial Arts Championships in Orlando, Florida. The US Open is the best-known, largest, and most prestigious open martial arts championships in the world.

with competitors from over 40 countries.