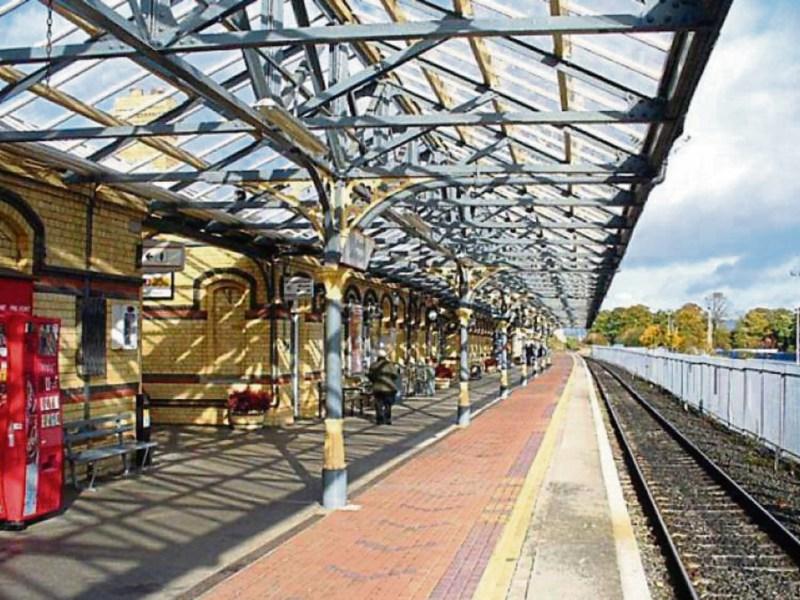 Passengers boarding at Clarke Station have had to suffer numerous delays on the line.

Passengers on the Belfast Dublin rail line experienced a staggering 1,700 over the course of 12 months, adding up to a grand total of 15 days of delays on the line.

The figures comes as Fianna Fáil Spokesperson on Cross Border Co-operation Declan Breathnach TD has expressed deep frustration that one year on from the signing of the Fresh Start Agreement, there has been no progress in improving cross border rail services, as promised by the Irish Government in the Agreement. His comments come following a reply to a Parliamentary Question from Transport Minister Shane Ross.

Deputy Breathnach commented, “Last November, we all welcomed the signing of the Fresh Start Agreement and the commitment within it on behalf of the Irish Government to bring a ‘renewed focus’ on investing in the Dublin - Belfast Railway. One year on, and it is clear that only has the Government not put any effort into delivering on this promise, the Transport Minister is taking people for absolute fools.

“Fianna Fáil asked Mr Ross to spell out what progress had been made on implementing this section of the Agreement in a Parliamentary Question and the response is deeply frustrating. He has nothing to say about the importance of the route or what his promised ‘renewed focus’ is on. Instead he lists repairs to the Drogheda Viaduct and refurbishment of the Enterprise rolling stock as the big achievements of year since the Agreement.

“The Minister’s big problem however is that the Enterprise Refurbishment was announced and commenced a full year BEFORE the Fresh Start Agreement was signed. Indeed, refurbished trains were operational in October 2015. As regards repairs to the Drogheda Viaduct, it is deeply disingenuous of the Minister to present this as anything other than what it is – essential safety maintenance on a key piece of infrastructure that is used by all Irish Rail services.

“The truth is that over the 12 months since the Fresh Start Agreement was signed, the North-South Rail Service has had a terrible performance. A recent investigation by media in Northern Ireland found that over the course of the year, passengers on this service suffered an incredible 1,700 delays, which added up to 15 full days.

“I know from my own constituency, where two of the train’s six stops are located, the service has become chronically overcrowded and unreliable.

“The Irish Government was clear in the Agreement that a renewed focus on this service was a key Irish commitment. However, the only thing that is now clear is that the Minister for Transport has no idea what is going on with Cross Border rail services and has even less interest. Given the importance of not only the service, but the Fresh Start Agreement, this is not good enough.

“Based on the answer provided to Fianna Fáil by the Minister, there is a serious question mark over Ireland’s delivery of its side of the Agreement and that cannot continue. My colleagues and I will be further following this up with the Minister in Dáil Éireann in the days and weeks ahead.”