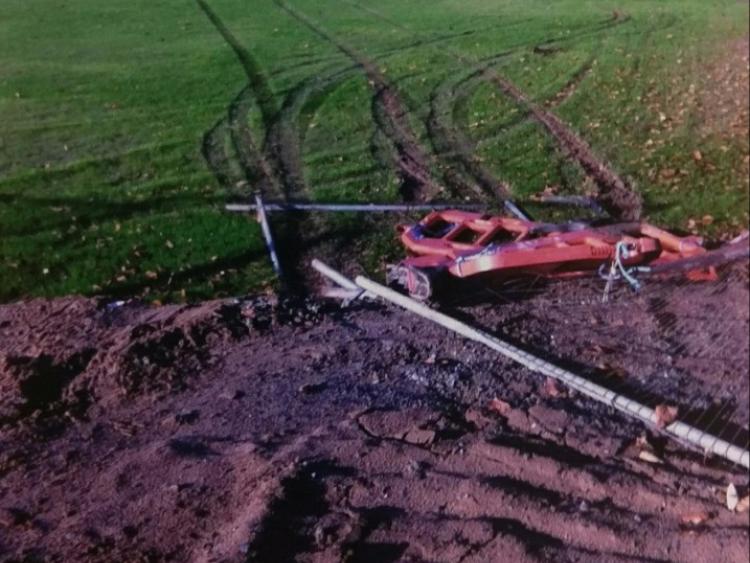 The vandalism at the Friary Field

A local football team say they have been left 'devastated' after joyriders vandalised the newly refurbished Friary Field.

The Friary Field on which major redevelopment works have been undertaken by St. Dominic's Schoolboys FC over the past three months has been badly damaged by a vehicle which drove through temporary fencing at the Mullholland Avenue end of the field.

The incident occurred on the morning of Sunday 20 November at around 4.15 am. It is believed a white salon car drove through the fencing onto the field, did a few circles and exited through the existing fence at Priory Villas.

A club spokesperson said: "We are devastated by what happened. The new drainage system is installed and new pitch laid, and it was essential that it was given time to bed down, so that it would be available to ourselves and the Friary School next summer.

"We can't believe someone would carry out such an act. We have spent almost €55,00 on the project to date, which was raised through fundraising, the generous support of the people of Dundalk and the lottery sports grant.

"Our contractor is intending to erect new fencing over the next few weeks which will cost another €11,000. It's clearly essential given the vandalism some are prepared to engage in.

"But the extra cost of repairing the pitch is something we just weren't prepared for, and is a major setback."