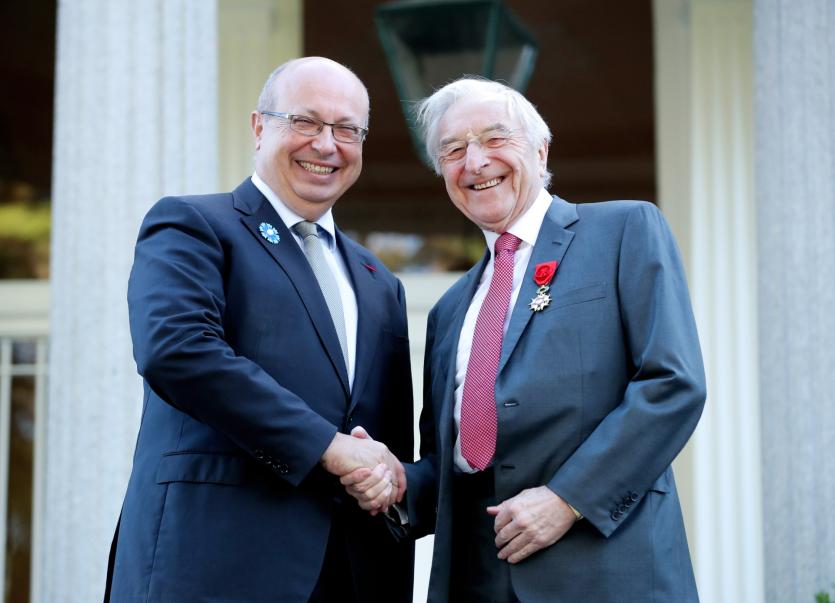 Local businessman Martin Naughton, founder of Glen Dimplex, was awarded the highest French national honour at a special ceremony from H.E. Ambassador to Ireland, Jean-Pierre Thébault on Thursday 10 November 2016 at the French residence in Dublin.

The Orde National de la Légion d’Honneur is the highest French order for military and civil merits bestowed in the name of the President of the Republic, first established in 1802 by First Consul Napoléon Bonaparte. Mr. Martin Naughton will receive distinction of ‘Officier’ and follow other Irish recipients such as Pat Cox,  Albert Manifold(CRH) , Eamon Gilmore, John Mullins (CEO Port of Cork) and Paul Hewson aka Bono.

Speaking at the ceremony, Mr. Martin Naughton said “I am honoured and humbled to receive this Award especially as I have always had a love affair with France, its wines, its food and its people. Glen Dimplex has significant and successful investments in France.I believe in the pre-Brexit world. Ireland and the Irish people need to form the strongest links possible with France and our other EU partners, while maintaining our closest links with Britain, our largest trading partner, and neighbour.”

Commenting on the award from H.E. Ambassador , Jean-Pierre Thébault said
“With this honour, France recognises an outstanding career and an exceptional individual. Martin Naughton embodies the best of Irish inventiveness and sense of entrepreneurship. He is an inspiration for both Irish and French young generations. Thanks to his vision, Glen Dimplex has become a world leader in sustainable energy use so contributing to the international fight against climate change. His dedication to the community, his deep friendship for France and the active promotion of France-Ireland new initiatives are unique. This evening, we honour an exceptional friend.”