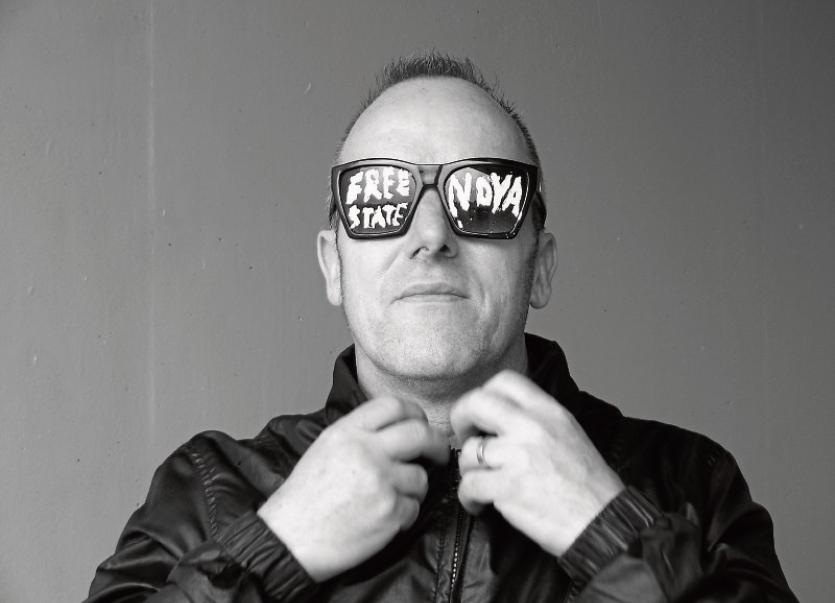 “We are all silly f**kers, so join the club”

Ten years ago those lovely people at the Lonely Planet Guide sent a Dubliner by the name of Fionn “Fintan” Davenport to Dundalk and “Fintan” bless him thought it fair to describe the town as one of “the worst” towns in Ireland, alongside admittedly awful places like Navan, Bundoran and Larne.

Fintan continued: “Tough, uncompromising Dundalk is a reminder of a bygone age, when Irish towns couldn’t care less about looking pretty for the nice tourists and just went about the hard business of eking out a living. Louth’s dour county town is a charmless place, with few historic sites and not much else to see or do.” Taking a break to sup on his Frappuccino (which were back in 2006 the hipster equivalent of one of those oversized moustaches that when you enquire about are told that “It’s for Movember” even though it’s the start of Spring).

This year the Lonely Planet Guide at least sent someone with a bit of sense who gave the town a well-deserved clap on the back for being brilliant. Dundalk has certainly been buzzing of late, what with the football being played by Dundalk FC being closer to Barcelona than Draaawda and their remarkable and sustained success giving everyone a boost, the town has got a bit of its swagger back and long may it continue.

The man who has been sound tracking the town now for some years now Jinx Lennon returns after a six-year wait with not one but two new records and they represent a highpoint in an already vibrant and gem filled musical career so far. As Lennon has pointed out in interviews, this is not a double album, but the two do complement each other and show us different sides of the man and examples of his various musical influences and approaches.

First up is Stay Sane Past Pupil and it’s an absolute belter of an album. Consisting of 24 songs and clocking in at about an hour there is so much to get lost in here. Coming across like a mixture of a more honest James Murphy, a more human Mark E Smith (a bit of a tired comparison at this stage, only really on the last track on Magic Bullets is this true) and a less annoying version of Billy Bragg, fronting a hip hop act who have just discovered guitars. Jinx is similar to The Sleaford Mods, who have a righteous anger aimed at an unjust world, however some might say they come with the unmistakeable whiff of misanthropy and a confusing list of targets; Lauren Lavern really?

You will not find any misanthropy here, Lennon’s songs are filled with, yes anger but also empathy, love and humour. Take songs like the wonderful “I Know My Town”, “Heart attack in Spain” and “Chinaman in Dundalk” to not just hear wonderfully catchy tunes but also to be reminded of all the good things about the town; the people, their unique humour, be it in the face of adversity or just because and their inherent decency. Lennon presents these songs to us in a varying array of styles but not at any point does his experimentation bore or get overindulged. Other tracks like the brilliant “Bonus Ball”, “Astronauts of Anne Street”, “Learn How to Talk to Girls”, “Water Meter Man” and “Iron Bars” all combine brilliant guitar lines, brass, audio samples, synths and drum machines to end up somewhere unexpected but always exciting.

Here is a songwriter completely assured of what he can and wants to do, it’s an assurance over his craft that comes from being an engaged artist who has been honing his craft over many years now. This record has no dud tracks on it and I cannot think of anyone not beguiled by its warmth, humanity and askew view of life.

The same can be said for Jinx’s other new release: Magic Bullets of Madness to Uplift the Grief Magnets, this is a darker hue of a record more experimental and engaged with the electronics showcased on Past Pupil, but it still has the self-assured confidence and swagger of that record. On Magic Bullets Jinx is joined by Ade Blackburn and Jonathan Hartley from the great Liverpool oddball experimentalists Clinic and they complement each other perfectly, the music here might lean more to the esoteric side than its companion record but the urgency and humour is still there, see lines like:

“I’m a 10 O’clock T-Break Bollix, making smart remarks about people passing by because I haven’t got self-esteem.”

We all know the guy he is talking about and this record again features many standout moments, opener “Xanax” manages to describe perfectly the dark and dank places that drug will shroud you in. Other songs here like the machismo baiting “Hard Man Soup” comes across like the Glitter Band on synths while “Hypnotise the Sprog” fully embraces a techno approach and the driving “Solar Plexus” is a surreal triumph.

At the front of this at all times is Lennon’s distinctive Dundalkian vocal and like Arab Strap’s Aidan Moffat it is utterly refreshing to hear someone sing in their accent rather than some mid Atlantic approximation. All the guests featured, from the aforementioned Clinic to the brilliant Sophie Coyle on backing vocals, all bring something extra to the mix and what’s more it sounds like they are having fun.

This is not a musician like yer man from Moldplay singing meaningless songs about glittery rainbows that when played over sad images on programmes like Casualty make everyone cry. If the majority of modern music represents mere distraction from the problems, an avoidance of reality then Jinx Lennon on the other hand shows us that we can engage with everyday life and not go under. These songs are filled with a deep awareness of the social, economic and politic problems people face every day in an Ireland were the citizens have been abandoned by the people in charge. In a sea of banality, Lennon is the real deal, one of the most vital musicians and poets working now in this country and we should all be delighted to have him.

These two records find Jinx Lennon in rude health indeed, the artist continues to go from strength to strength and that as the Bachelors of Pearse Park know well, can only be a good thing.

Stay Sane Past Pupil and Magic Bullets of Madness to Uplift the Grief Magnets are out now so go and buy them.