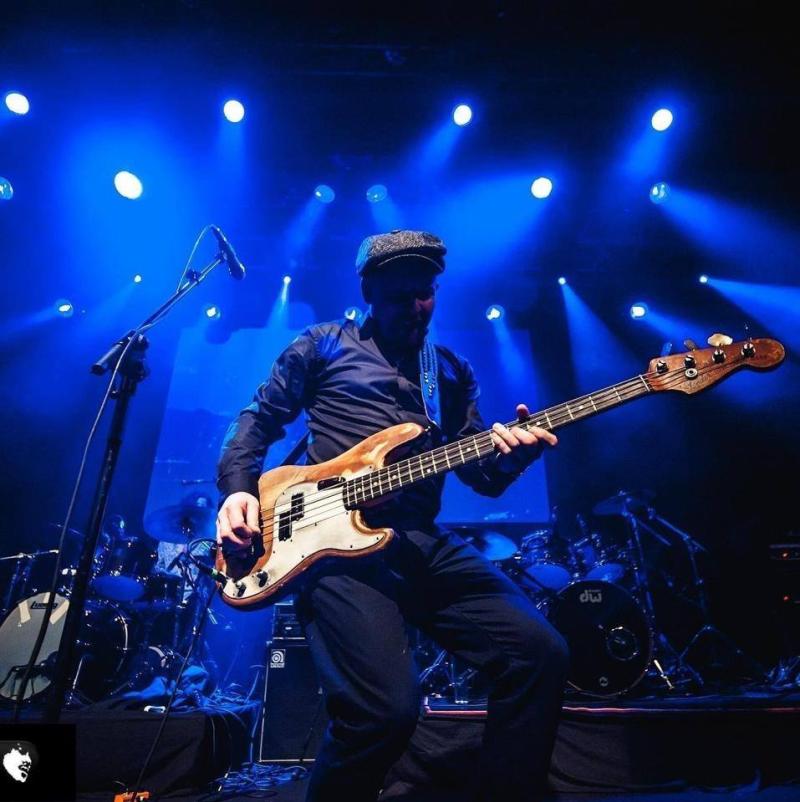 Johnny Conlon, aka 'Johnny 'D' Fox' is well known for performing with bands such as The Harbour Blues Band, The Regular Gas Band, The Arsonist Birds, The Long Riders and of course, Thin Az Lizzy, renowned as one of the greatest Thin Lizzy tribute bands on the planet.
Johnny, a Newry Road native, has been praised by many for being the only vocalist to inhabit the vocal space of the late, great Phil Lynott.
His nickname comes from the band's 1976 album of the same name.
Johnny recently launched his new website, johnnydfoxmusic.com, to keep fans up to date on his future gigs and projects.
He spoke to the Dundalk Democrat about his website and lustrous musical career.
“The website itself is still a work in progress, it will hopefully be completed by the end of November.
“I have been kept very busy with my musical projects. I play in Toale's Bar every Monday at 9:30 with The Arsonist Birds, in which I perform vocals, bass and keyboards.
“The band also features Bobby Robertson on guitar and vocals, Dermot McQuaid on guitar, bass and mandolin and Ronni O'Flynn on drums.
“I also do an acoustic piano set, under the name 'Room Service', every Saturday in the upstairs restaurant of The Crowne Plaza Hotel.
“I am delighted to say that myself and The Hoodoos will be performing on the 3rd 4th and 5th of January, as part of 'Vibe for Philo' celebrations in Dublin next year. We played at the previous 'Vibe' earlier this year which marked the 30th anniversary of Phil's untimely death. Phil's mother Philomena Lynott and his former band-mates Eric Bell and Brian Downey were in attendance.
“Thin Az Lizzy will be performing in The Spirit Store on December 16th.
“We are also currently planning a tour for next year, which will hopefully see us perform in Galway, Sligo, Limerick, Cork, Waterford, Dublin, all the way through to Northern Ireland and Donegal.”
Tickets for the Thin Az Lizzy concert in The Spirit Store on December 16th cost €12.50 and can be purchased at the venue, in George's Quay, Dundalk, McAteer's Food House, Clanbrassil Street, Dundalk, or online at www.spiritstore.ie.
For more information or for bookings, contact Johnny on 0879469386 or visit johnnydfoxmusic.com.