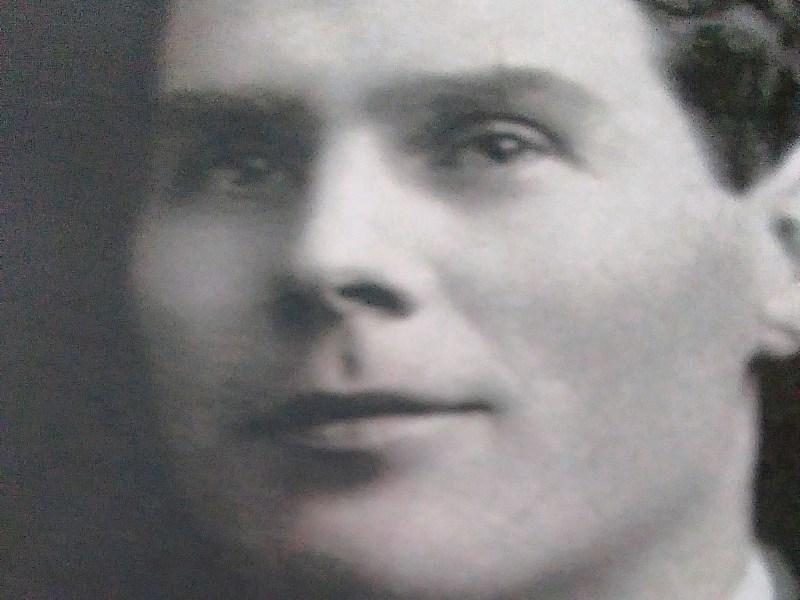 Last May Scoraiocht Lannleire visited Frongoch in Wales, the internment camp for approximately 1,800 Irish prisoners after the Easter Rising 1916.

One of the stories to have emerged from that visit was that of Dick Stokes from Knockdinnon Dromin.

Before the 1916 Rising he lived at Hollybank Road Drumcondra Dublin and worked in Arnotts Store in the city.

He joined the Irish Volunteers 2nd Battalion and rose to the rank of Lieutenant and was stationed at Jacob's factory during the Easter Rising.

Dr Brigid Flanagan, Ard Ronan Dromiskin, is Dick’s niece, and she spoke to Hugh Conlon of Scoriocht about her uncle.

"My Mother, Dick's sister, searched hospitals and mortuaries throughout the city after the Rising and then found out he had been to Richmond Barracks and was then sent to" Frongoch Internment Camp Wales, Dr Flanagan said.

"When my Uncle Dick Stokes was in Frongoch Prision a gentleman went to Arnotts to enquire about a job. The owner Mr. Nesbitt told him there were no vacancies.

“The gentleman then mentioned Mr Stokes’s job and Mr Nesbitt replied " Mr Stokes's job is here for him whenever he wishes to return’.

“Being so young at the time, I mistakenly thought it was a place name in Galway which was the home county of Dad. It wasn't until much later I discovered that it was in the North of Wales.

"When Dick was released from prison he returned to his job in Arnotts and continued to live in Dublin. He later opened up a shirt factory in Balbriggan.

“His first wife took sick at the time of the War of Independence during a curfew. The family were unable to leave their house to seek help from their family doctor and she died.

“ Dick later married Mollie Brennan" and had two daughters. Their first born was Una in 1931. She married David Law and lived in Trinidad, and died about twenty years ago.

“ The second was Dympna married name Fitzsimon, who lives in California and who supplied us with the photograph of her dad. She came to Ireland for the Centenary celebrations this year and attended all the events.

“Dick died suddenly in 1942 and is buried in Skerries. However his name is on a headstone in the Old Dromin cemetery about fourth row in from the gate on right hand side,” Dr Flanagan said.

Scoraiocht remembered Dick and many other prisoners from Louth and elsewhere when they performed their 1916 Commemoration Show on the site of the old Prison Camp at last May.